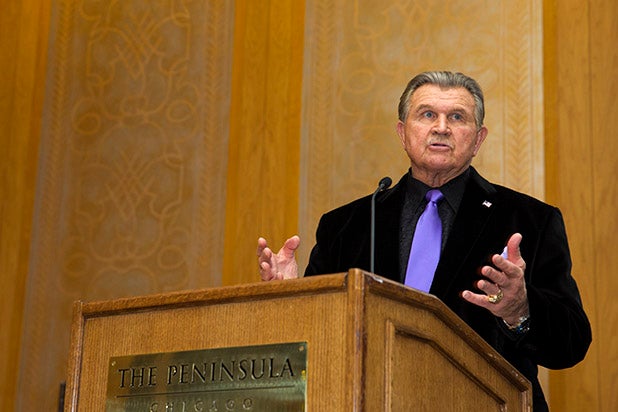 “I think it’s a problem… anybody who disrespects this country and the flag,” said Ditka during a recent radio interview. “If they don’t like the country, they don’t like our flag… get the hell out.”

Kaepernick has become a divisive figure, even beyond the sports world, because of his decision this season to kneel during the national anthem before his games. Kaepernick is sitting out the “Star-Spangled Banner” to protest racial injustice in America.

“I have no respect for Colin Kaepernick – he probably has no respect for me, that’s his choice” said Ditka. “My choice is, I like this country, I respect our flag, and I don’t see all the atrocities going on in this country that people say are going on.”

The Hall of Fame coach said during his appearance on Dallas’s 105.3 The Fan’s “Shan & RJ” show that Kaepernick’s protest comes from his inability to look on the bright side.

“I see opportunities if people want to look for opportunity — now if they don’t want to look for them — then you can find problems with anything, but this is the land of opportunity because you can be anything you want to be if you work,” he said. “If you don’t work… that’s a different problem.”

Kaepernick’s protest has drawn quite a bit of criticism since the start of football season, with a recent survey of Americans finding that the player is easily the most disliked player in the NFL. Many others, including Steve Harvey and “Daily Show” host Trevor Noah have voiced support for Kaepernick and his protest.