Former Sen. Mike Enzi died Monday after being injured in a bicycling accident. The Wyoming Republican was 77.

Enzi, who served four terms in the Senate and retired in 2020, was life-flighted to a Colorado hospital Friday after a bicycling accident. A statement released on his Twitter account earlier on Monday read, “The extent of Enzi’s injuries and the details of the biking accident are unknown at this time. Medical staff continue to evaluate his condition.” 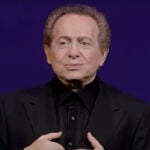 Republican lawmakers, including Senate Minority Leader Mitch McConnell, and political observers shared well-wishes for Enzi on Monday prior to his death.

After the announcement of his death later in the day, former colleagues like Democratic Sens. John Tester and Chris Coons shared memories of him on Twitter, as did members of the media. Some shared clips of former President Barack Obama praising Enzi for being willing to work with Democrats on bipartisan solutions during his time as a senator.