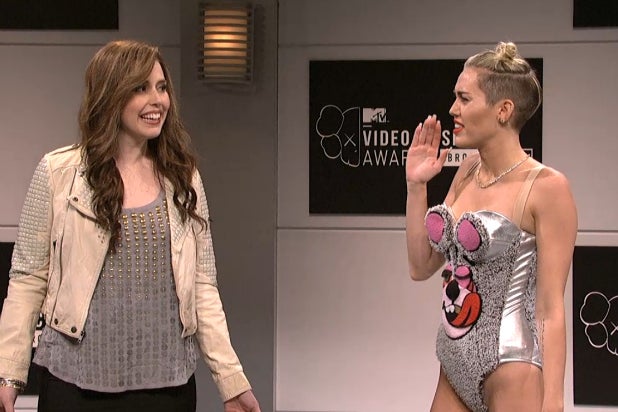 Through the first two weeks of the season, “Saturday Night Live” is up versus the first two originals of last season by 4 percent in the 18-49 ratings and 2 percent in total viewers. The show’s The 2.5 average rating is the show’s best since 2010.

The Cyrus episode started 27 minutes late due to college football overrun, but still scored the show’s top 18-49 rating for a fourth-quarter telecast since Dec. 11, 2010, when Paul Rudd hosted and Paul McCartney was the musical guest.

Adding to the sweetness of the success: It comes during a rebuilding year for the show, following the departures of Bill Hader, Jason Sudeikis and Fred Armisen.