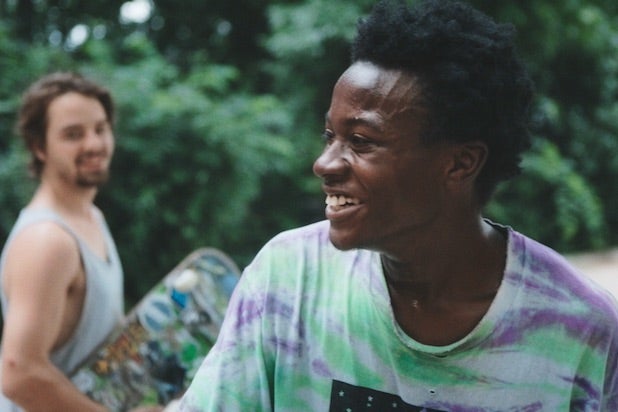 Liu also received the Emerging Filmmaker Award, and he and Joshua Altman won the award for best editing.

Other craft awards went to “Distant Constellation” cinematographer Shevaun Mizrahi, “The Other Side of Everything” writer Mila Turajlić and, in a tie, “Bisbee ’17” composer Keegan DeWitt and “Hale Country This Morning, This Evening” composers Scott Alario, Forest Kelley and Alex Somers.

The award for the best music documentary also ended in a tie, between Steve Loveridge’s “Matangi/Maya/M.I.A.” and Melissa Haizlip’s “Mr. Soul!”

In its first year, the Best Audio Documentary category was won by the New York Times’ “Caliphate.”

Floyd Russ’ “Zion,” a character study of a high school wrestler born without legs, won the award as the year’s best documentary short.

In the television categories, “POV” won for curated series, “The Trade” for episodic series, “Wild Wild Country” for limited series and “MEL Films” for short-form series.

Also Read: No, Really: There's a 'Wild Wild Country' and 'Up and Vanished' Connection (Podcast)

The ABC News VideoSource Award, which goes to a feature that makes good use of archival news footage, was given to the HBO doc “John McCain: For Whom the Bell Tolls.” The Pare Lorentz Award, which is given to films that demonstrate “exemplary filmmaking while focusing on environmental and social issues,” was given to Almudena Carracedo and Robert Bahar’s “The Silence of Others,” with honorable mention to Simon Lereng Wilmont’s “The Distant Barking of Dogs.”

Chicken & Egg Pictures,  a Brooklyn-based company that has given more than $6 million in grants to women nonfiction filmmakers in the last 12 years, received the Amicus Award, which is given for support to the doc community. Pioneering feminist filmmaker Julia Reichert received the Career Achievement Award.

The ceremony, one of the top awards given to documentary films, was hosted by Ricki Lake. Presenters included director Barry Jenkins, actresses Kathy Bates and Emily Deschanel and director and cinematographer Kirsten Johnson, many of whom spoke about the value of nonfiction films in creating empathy.