A version of this story about “MLK/FBI” and Sam Pollard first appeared in the Documentaries issue of TheWrap’s awards magazine.

The documentary “MLK/FBI” delves into the years in the 1960s when the FBI engaged in a clandestine campaign to spy on and discredit civil rights activist and leader Martin Luther King, Jr. Director Sam Pollard’s film is a portrait of a turbulent time when the country was divided and race relations were a flashpoint for conflict — and it appears now in a different era, but one that is bitterly divided in its own way.

The film premiered at 2020’s Toronto International Film Festival, in the wake of Black Lives Matter protests around the country. It was released theatrically and on VOD on Jan. 15, in time for Martin Luther King Day and for the end of the Donald Trump administration, with its attempted demonization of those protestors. “It seems like America has reached a tipping point,” Pollard told TheWrap in an interview.

The release also coincides with Pollard receiving the Career Achievement Award at the recent IDA Documentary Awards, which honored him for 50 years as an editor and director on films that have chronicled the Black American experience.

Obviously, we’re at a time when the issues that your film explores are in the forefront of the national conversation. Do you have any sense at this point that people might be more willing to consider these lessons and reckon with the American past now?
Well, I feel like in the last (few) months, that’s been the case, but let’s see how long it lasts. I’ve been around the block a few times. Things don’t always turn out the way you want them, but it seems like America has reached a tipping point and let’s hope that things will change in a very substantial way.

I mean, I grew up in New York City — I didn’t grow up like my dad in Mississippi or my mother in Georgia, who had to live through the years of segregation. But it still existed even when I was growing up, not so much in New York as in other places in America. And police brutality against Black men and Black women still exists, so let’s hope that the protests in the streets and the fact that communities are being galvanized can make progress toward a change in the American psyche. 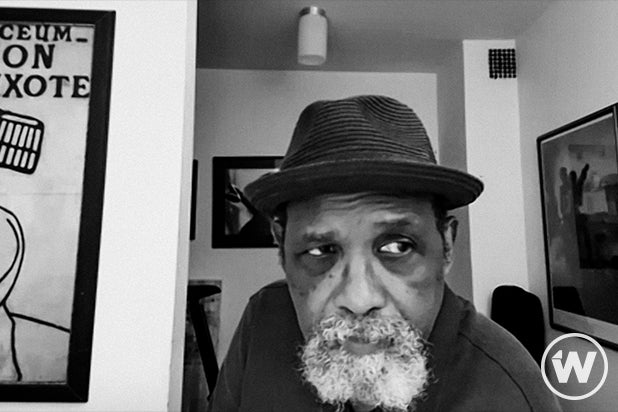 What led you to tell this particular story?
My producer, Benjamin Hedin, came to me and said he had just read this very interesting book about Dr. King and the FBI and J. Edgar Hoover and the surveillance of King in the ’60s. So I read the book and thought it would be wonderful to make a very serious and intense documentary about how the FBI and J. Edgar Hoover felt that they wanted to discredit Dr. King and his role in the civil rights movement.

How much of that story did you know before you read the book?
I knew this story because I’m a real student of history and a student of the civil rights movement, having worked on “Eyes on the Prize” and “The Rise and Fall of Jim Crow” and “Slavery by Another Name.” So I was familiar with it, but I wasn’t as deeply connected to all the details that we uncovered in the film.

Some of the people in the film address the idea that by talking about the FBI’s surveillance of Dr. King and the salacious material that they gathered in an attempt to discredit him, perhaps that makes them complicit in doing what the FBI was trying to do, which was to damage his reputation. Is that something that you thought about?
Absolutely. That’s a concern – would we be basically helping the FBI? But Ben and I talked about it over and over again. Here we are almost 40, 50 years later, and we just thought it was important to document this very complicated and densely packed story. The FBI basically tried to say that this man wasn’t an important figure because he wasn’t a monogamous human, and he shouldn’t be respected. And I just thought that telling this story, quite honestly, was not going to tarnish the name and the legacy of Dr. King in any way,

One of the fascinating things in the film is to see the “I Have a Dream” speech, which over the years has been accepted and codified as a grand inspirational moment. And yet we learn that the FBI’s reaction was to immediately write a memo calling him “the most dangerous Negro in America.”
In 1955, Dr. King comes on the scene when he basically leads and supports the Montgomery bus boycott. He becomes a threat to the notion of what America should be. America, to many white people, was a place where African-Americans knew their place. They didn’t want to make waves, they didn’t want to integrate, they were happy to be patted on the head and to be segregated. But here comes King and his band of followers, and they’re saying that’s not the case. They’re saying, “We’ve got to go out there and protest and march and sit in to challenge this notion of the American status quo.” That had to be frightening to people like J. Edgar Hoover and (FBI official) William Sullivan, because he was upending the notion of what America should look like.

Your film is focused on the FBI surveillance, but it expands well beyond that to address Dr. King’s impact on society and on race in America.
We felt that it was important to do both. You’re telling parallel stories. You want to look at what the FBI was doing, but you also want to get a feeling of the trajectory of King and (the Southern Christian Leadership Conference), the NAACP and (the Congress of Racial Equality), to see what they were doing in the late ’50s and early ’60s to break the back of segregation in America.

Was it a challenge to decide how much to include and how broad to make the film?
Always a challenge. Every time you make a film, you have to challenge yourself to figure out what to put in and what to take out. If you had seen our first assembly, it was another half hour to 45 minutes longer. It’s a delicate process in making a film. The process is always about understanding that you have to constantly keep re-editing and reshaping and rethinking how you want that story to unfold.

You also did a remarkable job of collecting and assembling archival clips. It’s not just footage of Dr. King and J. Edgar Hoover – anytime anything is mentioned, you have some sort of clip to go with it. I imagine that must’ve been just a huge job to find a clip that fits basically every moment of this film.
When you’re doing an archival documentary, the most important person in that process is the archival producer who has to do that deep dive to find all the material and the imagery that we need to tell the story. And another big challenge for this particular team was the fact that we didn’t have any interviews on camera. They were all off camera, so you’d need to find all the stuff they’re talking about. When you have people on camera, you can get away with not finding all the footage – but in this case, we needed as much material as possible.

Was it an artistic decision from the start that to keep those talking heads off camera?
We did shoot the interviews on camera, but Ben and I immediately thought from the very beginning, before we shot a frame of film, that we didn’t want any interviews on camera. We wanted to do it all voiceover with archival material.

It gives you a nice moment at the end of the film, when we actually see small clips of these people that we’ve been listening to for the last two hours.
I wish I could take credit for that, but it was my editor who suggested that. And it was a great suggestion. I get a lot of credit as a director, but making films is really a collaborative process. You’ve got to have a good producer like Ben Hedlin, you’ve got to have a really good editor like Laura Tomaselli, you’ve got to have a good archival producer like Brian Becker. And they all have to figure out how to be in sync to give the film life.

A lot of the documents that the FBI wrote during their surveillance of Dr. King have been released, but I gather the recordings they made of him can be released in 2027.
That’s supposedly the date, 2027. And as you see in the film, some people don’t think they should be released.

Do you think they should be released?
I do. I do, but who knows with what they’ll do to them? When you get these documents through the Freedom of Information Act, they’re still redacted. You can barely read these things, really.