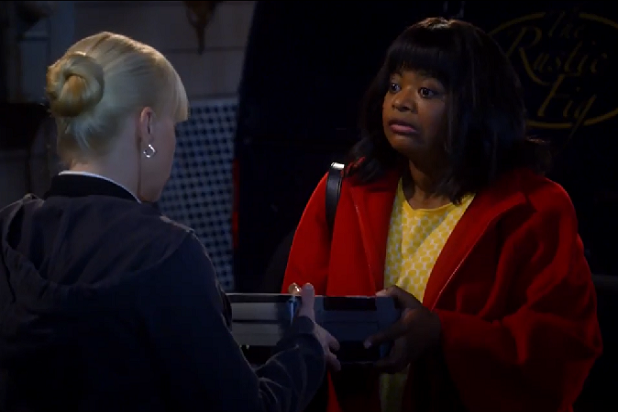 “The Help” star Octavia Spencer returns to CBS’s “Mom” on Monday night’s episode, and TheWrap has an exclusive look.

TheWrap’s sneak peek features prison-bound Regina (Spencer) handing off a box of money that she “earned” to Christy for sake-feeping while she’s in the pokey.

Christy, scheduled to appear as a character witness for Regina in court the next day, asks if she might be allowed to dip into the stash in case of an emergency — such as her kid needing an operation “because his mom doesn’t have satellite TV.”