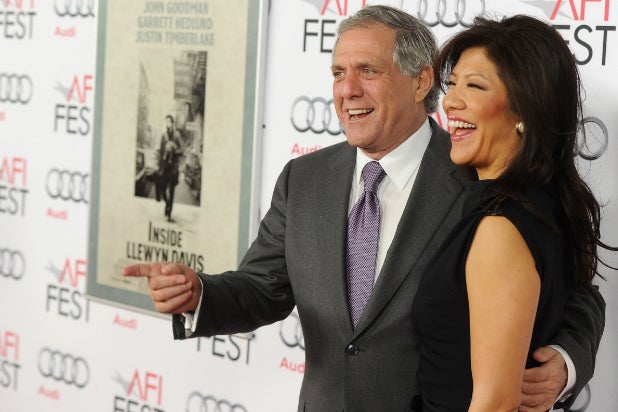 CBS may have won the battle against Time Warner Cable this summer, but the war over retranmission fees is not over.

“Obviously Time Warner Cable was significant,” CBS chairman and CEO Les Moonves said during a wide-ranging Q&A session at the UBS media conference on Tuesday. “It was definitely more public than I would have liked it to have been. We have never gone dark before.”

“August wasn’t a lot of fun,” he added. “It wasn’t fun hearing from mayors, and Congress, and the FCC about how we’re hurting consumers.”

Also Read: Les Moonves on Cost of the CBS-TWC Blackout: ‘Virtually Nothing’

Moonves then jokingly thanked rabid NFL viewers for helping usher a resolution in early September. “Time Warner realized they couldn’t live without the Jets in New York City,” he said. CBS owns broadcast rights to the Jets’ AFC through the 2022 season.

The conversation turn to the ongoing fight over retransmission fees, which broadcast networks charge to cable and satellite providers in exchange for carrying their content. CBS went from earning zero dollars per subscriber as recently as 2008 to an average of more than a dollar per subscriber today, a steep price increase that in part led to Time Warner Cable pulling the network — along with CBS-owned cable networks Showtime, The Movie Channel, and The Smithsonian Channel.

Also Read: What CBS and TWC Battle Could Mean for Future Retransmission Battles

“There’s an old fashioned way of thinking that broadcast — you can get it over the air and therefore [it is] different than a cable network.”

Cable providers are starting to appreciate the value of traditional broadcast networks, Moonves said, but there are growing pains.

“CBS is more valuable than the USA Network, in terms of what we should get paid for our content,” he said, clarifying that he meant no slight to the NBC-owned cable network.

“By and large, they’re running repeats of ‘NCIS’ while we’re running originals… and that’s why the [retransmission] value is coming up faster with broadcast networks than with cable networks.”

Also Read: Time Warner Cable, This Is Why People Get Mad at You (Opinion)

Now, the CEO said, 87 percent of CBS viewers come by cable or satellite providers rather than over the air. Consumers don’t distinguish the traditional broadcast networks – ABC, CBS, FOX, NBC, and the CW – from any other channel on their cable lineup, so neither should cable providers.

But the system must work as a free enterprise, the CEO said. In the midst of the TWC blackout, CBS signed a retransmission deal with Verizon in 72 hours “without any muss or fuss,” proof, he suggested, that the value of the network could be recognized and paid appropriately.

Meanwhile, Moonves wasn’t so sure advertisers are willing to pay more for those ads you’re skipping on the DVR. “We may not get paid as much, but you’re selling Kraft Macaroni and Cheese. What’s the difference if [viewers] watch now or 22 days from now?” Moonves said, backing down from his prediction in March that advertisers would be paying for ads based on live plus seven days (C7) by the 2014 upfronts.

Moonves also addressed summer programming during the exchange, which took place on the conference’s second day. The success of “Under the Dome” was a “pleasant surprise,” he said. The drama series, based on Stephen King’s book (published by Simon & Schuster, which is a subsidiary of CBS Corporation), was expensive to make. But CBS Television Studios made back its money and then some.

Key to offsetting production costs was monetizing content — with Amazon deals and international sales — to be less ratings dependent, Moonves said. CBS will follow a similar model with “Extant,” the Steven Spielberg produced sci-fi series starring Halle Berry that got a straight-to-series order for summer 2014.

As far as NBA television contract negotiations are concerned, Moonves said CBS is happy with its NFL, PGA, and college sports deals and will most likely not be part of the bidding war for rights currently owned by ESPN and Turner that expire after the 2015/2016 season.