It’s become something of a running gag on the internet that “Morbius” isn’t really a movie. Online observers insist that, from its ever-changing release date over the last two years to its grim and somewhat goofy premise involving Jared Leto as a scientist who turns into a vampire, this has to be an elaborate prank and not an actual film.

We can confirm that “Morbius” is, really and truly, a movie. Granted, it’s not much of a movie, but it’s a movie nonetheless.

Leto does indeed star as Michael Morbius, a world-renowned physician — talented enough to invent an artificial blood substitute, iconoclastic enough to turn down the Nobel Prize he won for the invention — who has grappled with blood-borne disease since childhood. With the financial support of lifelong friend and fellow patient Milo (Matt Smith), Michael has become a leader in his field, even as he branches out into morally questionable territory, exploring the possibility of grafting vampire-bat DNA with human DNA. 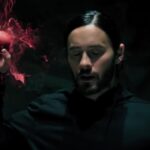 Also Read:
Jared Leto Really Needs to Get a Handle on His Powers in New ‘Morbius’ Trailer (Video)

Like “The Wasp Woman” and countless other cinematic mad scientists who tampered in God’s domain, Michael tries the experiment on himself, discovering both a cure (he’s strong, buff and can hang from the ceiling) and a curse (he transforms into a fanged creature starved for human blood). With the help of love interest and fellow doctor Martine (Adria Arjona, “6 Underground”), Michael uses the artificial blood to slake his thirst for the real thing, even though each use of the substitute keeps his literal demons at bay for less and less time. When Milo injects himself with Michael’s experimental bat DNA and revels in his newfound power (and thirst), it’s up to Michael to stop both of them from feeding on the city.

Screenwriters Matt Sazama and Burk Sharpless (“Gods of Egypt”), adapting Roy Thomas and Gil Kane’s original Marvel character, don’t seem particularly interested in the metaphor of mega-rich Milo seeing the rest of humanity as nothing more than fuel for his sustenance, but then they don’t seem much interested in anything beyond the usual world-building and sequel-crafting that plagues so many mediocre comic-book movies.

Director Daniel Espinosa, previously responsible for such competent and forgettable action sagas as “Life” and “Safe House,” finds some entertainment in the set-up of “Morbius,” crafting what’s essentially a big-budget spin on an old American International Pictures horror movie, complete with a shadowy laboratory. (Michael works in a Manhattan facility that can accommodate both individual patients and a huge, glass tubular cage for imported vampire bats.)

But once the film builds to the inevitable Michael vs. Milo showdown — taking seemingly forever to get there, and making one further appreciate the expedient pacing of “Venom: Let There Be Carnage” — we’re left with lots of VFX (the movie becomes practically a full-on cartoon at this point) but very little skin in the game in terms of plot or character. 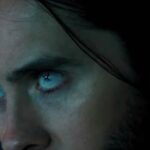 Also Read:
Will ‘Morbius’ Be a Part of the Marvel Cinematic Universe?

Apart from his physical transformation, Leto doesn’t really have anywhere to go, since Michael Morbius is already full-on goth before he gets the vampire-bat DNA; he’s given to shoulder-length hair, black ponchos, and even black latex surgical gloves when he’s at work. It’s a far more subdued performance than his recent florid turn in “House of Gucci,” but a subdued Jared Leto is less interesting than an over-the-top Jared Leto; some artists just work best when they color outside the lines.

Jared Harris (as Michael and Milo’s doctor and mentor) and Smith are mostly wasted here, as is a very monotone Tyrese Gibson as a New York cop. (His partner is played by Al Madrigal, who does what he can to inject some sorely needed comic relief.)

If there’s any reason to want to see sequels or spin-offs, it’s because of Arjona’s Dr. Martine Bancroft. Even when the story goes off the rails and the film can’t decide on its vision of Manhattan — where skylights look like disco dance floors, and Wall Street bars somehow have parking lots — she never wavers. Her character’s strength, compassion, and resilience make her the MVP of “Morbius.” And that might or might not, in this case, stand for “More Vampires, Please.”