Disney’s executive carousel took another turn Tuesday, when Carolina Lightcap was named president of Disney Channels Worldwide, the job Rich Ross left to head movie operations. The hire was a surprise to some insiders who thought the post would go to programming wiz Gary Marsh.

Lightcap has a marketing background in her decade with Disney and is responsible for launching the Disney Channel Latin America, now the No. 1 cable channel in the region. She assumes her new position immediately and will relocate from Buenos Aires to Burbank. 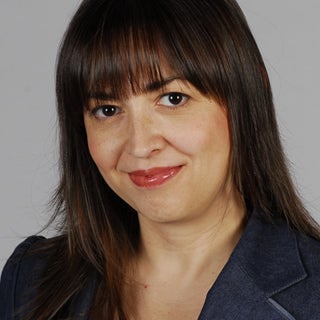 Marsh — who under Ross developed tween juggernauts such as "Hannah Montana," "The Suite Life of Zack & Cody" and "Wizards of Waverly Place" — instead will assume the new title of chief creative officer, in addition to his current duties as president of entertainment for Disney Channels Worldwide.

In that role, he will oversee all program development and report to Lightcap, according to Disney’s joint statement Tuesday.

“Carolina has made enormous contributions to Disney over the past decade, especially in launching and building Disney Channel Latin America into the #1 cable channel in the region," Anne Sweeney, co-chair, Disney Media Networks and president, Disney/ABC Television Group, said in a statement.

“I’m thrilled and honored that Anne has entrusted me with this incredible opportunity," Lightcap said in a statement. "During the 10 years I’ve worked at The Walt Disney Company, I’ve had the pleasure of leading a team that took Disney Channel Latin America to number one."

Lightcap’s appointment is the latest in a two-months-long management overhaul at Disney, which began with the resignation of studio chief Dick Cook in September. CEO Bob Iger quickly named a successor in Ross, who subsequently upended the studio’s management structure, booting four top lieutenants and naming Bob Chapek as czar of all-platform distribution and Greg Brandeua, formerly of Pixar, as chief technology officer.