“You can spare us, now, at this point, as you watch — if you’re still defending what happened on Jan. 6, you can spare us your backing of the blue. It doesn’t mean anything. If you truly believe that police are heroic — I happen to agree with that position — that video ought to make you sick to your stomach. It ought to appall you,” said co-host Willie Geist after rolling newly-released footage of Capitol police officers being hit with American flags by supporters of former president Donald Trump.

Geist and co-hosts Mika Brzezinski and Joe Scarborough went on to discuss the various GOP figureheads who have downplayed the violence from that day, on which five people died as Trump supporters stormed the Capitol in an effort to overturn President Joe Biden’s 2020 electoral win. 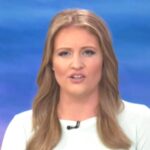 A stark division is clear in politics and in political media: On Monday, former NBC News and Fox News host Megyn Kelly remarked on her podcast — which is soon to be a show on SiriusXM — “There is no question the media represented it as so much worse than it actually was.”