Minnesota Congresswoman Ilhan Omar warned that it will be “really challenging” for Democrats and moderate Republicans to get any work done for the American people under newly elected House Speaker Kevin McCarthy.

“It’s going to be really hard moving forward when you have a speaker who was publicly humiliated, who took 15 votes to get elected speaker, and has ceded so much power to really the most ridiculous members of his caucus and has taken away the seriousness of his conference,” she told MSNBC’s “Morning Joe” on Tuesday.

Omar, who has previously served on the House’s Foreign Affairs committee and Africa subcommittee, is expected to be reappointed to those assignments by her Democratic colleagues later this week.

However, McCarthy previously told Fox News Channel’s “Sunday Morning Futures” in November that he would remove Omar and other prominent House Democrats if he successfully secured the speakership. McCarthy has said that Omar’s comments criticizing Israel should disqualify her from serving on her committee assignments. 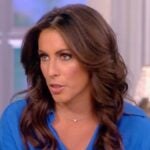 Omar slammed House Republicans for their “hypocrisy” and argued that they are trying to punish her after conservative lawmakers like Rep. Marjorie Taylor Green and Rep. Paul Gosar were removed from their committee assignments for “inciting violence against their colleagues.”

She acknowledged that House committee members on both sides of the aisle “oftentimes do come together and work together on many of the issues confronting the United States” and that she hopes there will be opportunities for lawmakers to come together again on issues like the debt ceiling.

Watch Omar’s full interview with MSNBC in the video above. 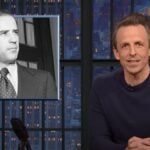