Sen. Ben Sasse took part in a lengthy interview on MSNBC’s “Morning Joe” on Thursday, but it didn’t sit well with viewers.

“Ben Sasse on Morning Joe,” complained one about the Nebraska Republican’s appearance on a show that has consistently taken swipes at top Republican elected officials. “I just can’t with this s—. The hypocrisy is mind blowing.”

The criticism of Sasse’s appearance came not from the political elite and blue checks of Twitter, but from average MSNBC viewers, who shot off tweets saying that if they wanted to see Republicans criticizing the Democratic administration of President Joe Biden, they’d turn on Fox News.

Sasse was widely criticized for what viewers of the left-leaning channel saw as his silence on other major political issues over the past few months, including the deadly Capitol riot of Jan. 6. Relatively small accounts saw massive engagement as politically-minded social media users retweeted and liked their critiques of the appearance. 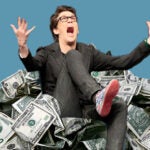 Also Read:
Rachel Mad-Dough: Is MSNBC Host Worth $30 Million a Year Without a Nightly Show?

Sasse spoke to host Joe Scarborough at length about the ongoing crisis in Afghanistan, saying he wants to see evacuation efforts for Americans extend past the deadline “until every American is out.”

“There is no excuse for leaving Americans behind. The president seems to be content with a plan that is going to end up in some sort of a hostage situation,” he said. “It’s completely indefensible. We need to finish the job. Obviously, I’m against the withdrawal decision, but that’s not what we’re talking about right now; we’re talking about the fact that this evacuation has been so ham-handedly planned and the administration continues to just go out and try to take these weird victory laps every 36 hours like things are working well. Things are not working well.”

But many commenters took Sasse to task for his comments — and also for even appearing on the show.

Watch the segment that caused all the commotion above, via MSNBC.