MoviePass is coming back.

The service that allows film fans to see numerous movies in theaters for a set fee will return on Labor Day, TheWrap has confirmed.

On Monday, a countdown clock for signups appeared on the services’ website, with the waistlist opening up on Aug. 25 at 9 a.m. ET. It will remain open until Aug. 29.

MoviePass will launch in Beta form “on or around” Labor Day (Sept. 5), read a message on the service’s website.

According to the company’s website, at relaunch, there will be three pricing tiers. “Prices will vary depending on each market but the general prices will be $10, $20, $30,” read a comment in the FAQ section. “Each level will get a certain amount of credits to be able to use towards movies each month.”

MoviePass said on its website that its new service will feature all major theaters that accept major credit cards in the U.S. 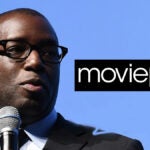 The service will not roll out everywhere at once. Markets will be launched in waves, with those markets dependent upon the “level of engagement from the waitlist in each market as well as locations of exhibition partners,” per MoviePass.

According to Business Insider, which first reported the news, the new card for the service will be black.

Stacy Spikes, the original co-founder of the company who bought MoviePass out of bankruptcy, unveiled details for a largely revamped company as part of a live event back in February. At the time, he said he planned to launch the new service in summer 2022.

Spikes first exited the company when the subscription ticketing service was purchased by Helios and Matheson Analytics in 2017. He bought MoviePass out of bankruptcy late last year with the intention of relaunching it and reviving the company’s brand.

After the acquisition, MoviePass exploded in popularity in 2017 and rapidly grew to as many as 3 million users by slashing the subscription fee from up to $50 to $10 per month for regular tickets. But the company flamed out with bugs, restrictions and confusion among users, and the company’s low price point proved unsustainable and led to Helios and Matheson’s bankruptcy by 2020.