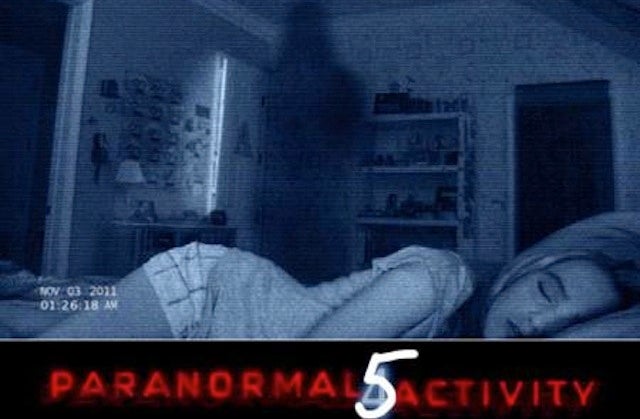 Paramount is looking to push the release of "Paranormal Activity 5," the latest installment in its lucrative horror franchise, until next year, multiple individuals close to the studio told TheWrap.

The film is currently scheduled to open Oct. 25.

One of the individuals said Paramount had already decided to move "Paranormal" while another cautioned that the studio was still debating the move. That individual said that the studio is looking at the same weekend as "The Devil Inside," which opened January 6 last year.

All four previous "Paranormal" films opened in the fall, the last three in October. Along with "Saw," Paranormal is a paragon of the microbudget horror genre, with each film in the series grossing at least $140 million at the box office while costing no more than $5 million to produce.

Several studios have rushed to capitalize on the potential of inexpensive horror films. Universal's "The Purge" is already one of the summer's surprise hits while "The Conjuring," which opens this weekend, is likely to hand Warner Bros. and New Line another.

It remains unclear why Paramount is strongly considering a delay for "Paranormal Activity 5."

"They really like the director, but they are second guessing themselves," one individual close to the studio told TheWrap.

The most recent "Paranormal" film was the weakest performer in the series, but it still grossed $140.8 million. The two horror movies scheduled to open within a month of the existing date for "Paranormal" are "Insidious Chapter Two," which debuts Sept. 13, and "Carrie," opening Oct. 18.

Horror films do play well in January as a change of pace from the endless stream of awards-focused dramas. Both “Mama” and “Texas Chainsaw 3D,” horror films released in January, opened in the top spot at the box office earlier this year.

Three other horror films were already slated for January of 2013, "Devil's Due," "Amityville Horror: The Lost Tapes" and "Jessabelle." The Weinstein Company officially removed "The Lost Tapes" from the schedule on Tuesday around the time this story posted.

For the record: An earlier version of this story said that "Insidious Chapter Two" was the only horror movie opening within a month of the planned release of "Paranormal Activity 5." "Carrie" also opens within a month.