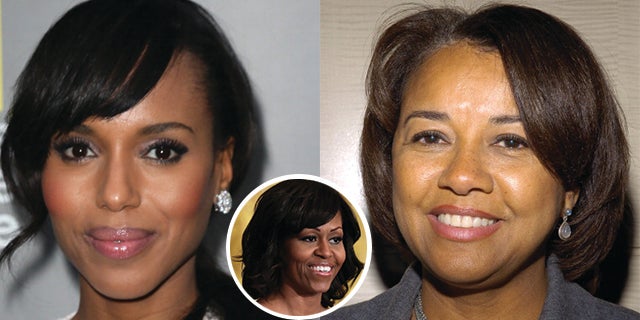 Something is in the air in Hollywood. Call it the Obama Effect.

Can it be coincidence that Cheryl Boone Isaacs, an African-American woman, has been voted president of an organization that is 94 percent white and 77 percent male? Doesn't it feel unusual – or more accurately, of the moment – that Kerry Washington scored the first best actress Emmy nomination for an African-American in 18 years, catapulting her to the cover of magazines like Vanity Fair?

"It’s major," acknowledged Boone Isaacs in an interview with TheWrap's Steve Pond on Wednesday. "I know that, and you know that. To be given this trust is quite a big deal. It’s an honor, it's a privilege, and I hope it’s inspirational for people the way others have been an inspiration for me.

Also read: Academy's First Black President Cheryl Boone Isaacs: 'This Was Major, and I Know It'

Something seems to have budged in the uber-liberal conscience of the industry, and it’s hard to believe that five years of an African-American family in the White House hasn’t helped. Seeing a black First Lady and a dark-skinned POTUS seems to have spread a quiet, normalizing effect on Hollywood culture.

This year, not only has Cheryl Boone Isaacs been elected president, but in the Actors branch, fully half of the 22 new members are minorities, including Lucy Liu, Jennifer Lopez, Sandra Oh, Michael Pena, Danny Trejo and Chris Tucker.

Yesterday I was sitting in a meeting where celebrity names were being tossed about for hotness and relevance, and who was tossed out first? Washington, who plays the savvy, kind and drop-dead beautiful political fixer Olivia Pope on "Scandal," and Rashida Jones, the Harvard-educated, writer-producer-actress with the piercing blue eyes and mixed race parentage.

Washington talked to TheWrap's Jethro Nededog in recent days about her Emmy nomination, and is well aware of the connection her fictional character has to real-life figures in Washington and the shift in public perception.

Also read: Emmy Reactions: What the Contenders Are Saying About Their Early Morning Wakeup Call

The funny thing about Hollywood is despite being at its heart is a liberal place, its power structure has remained overwhelmingly white and male (and Jewish and/or gay – but who's looking?). Everyone professes to be color-blind and racism-free, yet when you walk around the entertainment industry you almost never see any other color but white. In fact you’d never know – except by watching television and movies – how diverse the country has become.

But it looks like that may be starting to change, along with people’s consciousness about the imbalance.

No, this is not any coincidence. Kerry Washington, who had a central, gruelling role in Quentin Tarantino‘s slave epic, "Django Unchained,"  is certainly one of the boldest actors going. It makes sense to celebrate her work. It makes sense to place Boone Isaacs at the head of the Academy.

And if it isn’t the New Normal yet, perhaps it will be sooner than we think.