Under the pact, Waller will create high-end premium scripted series through her new Federal Engineering banner. Waller previously served as a writer and producer on “Mad Men” and co-executive producer on AMC’s “Halt and Catch Fire.”

“I’m thrilled to be back in business with the Lionsgate family,” Waller said in a statement. “They’re wonderful people and they make wonderful television I am excited for the sophisticated, boundary-pushing and most importantly, entertaining shows we’re going to create together.” 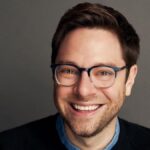 Irene Marquette, a former creative executive at K&L Productions, will serve as Waller’s head of development at the newly-formed production company.

Marquette’s credits include an associate producer on Amazon Prime’s “Cinderella” and an executive producer on the upcoming film “Del & Charna,” directed by Kay Cannon and produced by Red Crown Productions.