MSNBC editorial employees on Tuesday voted to be represented by the Writers Guild of America, East, for collective bargaining. The National Labor Relations Board counted 141 staffers voting for it, and 58 voting against it.

The 300 members included in the bargaining unit includes writers, producers, booking producers and other editorial staffers at every program airing MSNBC and The Choice on Peacock.

The MSNBC Organizing Committee called this move a “victory” for cable news. “We now look forward to constructive, good faith negotiations with MSNBC management to make this an even better place to work — with input from all of us. This is who we are,” the committee said in a statement today. 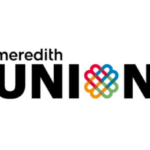 In a memo to the staff, MSNBC president Rashida Jones wrote, “As I have shared since the beginning of this process, I am glad we held an election, which gave everyone affected by this process the opportunity to have their voice heard. Over the last six months, I have heard from many of you about your pride for MSNBC, your dedication to the network, and your excitement for the future of this organization. Greg, Dan, Laura and I are dedicated to continuing to make this a place where we are all proud to work.”

She continued, “I know there were people who were supportive of the union efforts, and others who did not want to be represented by the union. As we all move forward, we’re committed to working together as one unified organization where we’ll continue to respect, support and collaborate with one another, and foster a culture that makes us all proud.

“We are so proud that MSNBC’s employees voted strongly in favor of unionizing with the Writers Guild of America, East for the purpose of collective bargaining. The organizing campaign at MSNBC took over a year of intense work that saw every sector of our union, from screenwriters to digital news members, join together to deliver a resounding victory.  We look forward to getting to the bargaining table,” said Lowell Peterson, executive director of the Writers Guild of America, East, in a statement.