In doing so, it becomes the first streaming movie service to offer a mobile component along with home-computer streaming — to, in other words, enable adventurous customers to begin watching a movie on a small screen and finish it on an even smaller screen, or vice versa.

“With lifestyle changes, people aren’t tethered to their PCs anymore, and this new service speaks to that broader trend,” says Darren Tsui, the CEO of mSpot.

“With a single log-in, you can start watching a movie on your PC – but if you don’t finish watching it and you find yourself with 10 or 20 minutes in the waiting room at your doctor’s office, you can resume where you left off on your mobile phone.” 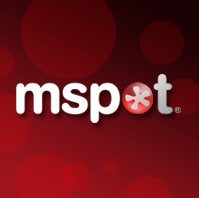 The new service, which launches on Tuesday, offers almost 1,000 titles, most of them new releases. Tsui says the company currently has relationships with all the major studios except 20th Century Fox, and expected to have them all by the middle of the year.

Blockbuster also entered the business of offering movies to mobile devices, though their service is limited to a small number of Motorola and T-Mobile devices.

The mSpot service is available to more than 40 million mobile phone customers on the four major U.S. carriers. More than 50 mobile devices are covered, including iPhone, Blackberry, Palm and Android.

“I think the Blockbuster move validates what we’re doing,” says Tsui, “but there are big differences between their service and ours.

“They’re offering the ability to download to your PC and then sync with your mobile device, where we’re streaming. We think consumers are very nervous about putting too much storage on mobile phones.”

Films currently available on mSpot include “Inglourious Basterds,” “Star Trek,” “Knocked Up” and “Paranormal Activity.” Each film in the catalog requires as many as 18 different encodes for different devices and formats.

Individual movies can be streamed for about $5 each, while additional multi-movie plans are also available. The service can be accessed through mSpotMovies.com.