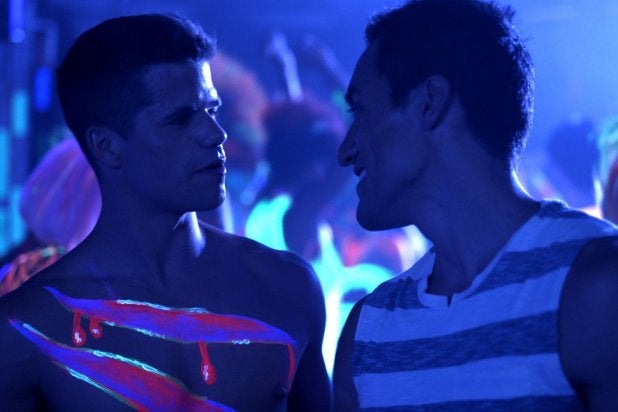 The network home of controversial “Duck Dynasty” patriarch Phil Robertson doesn’t get high marks for inclusion of the LGBT community?

Shockingly enough, that appears to be the case. At least, that’s what a new report from GLAAD says.

The organization released its annual Network Responsibility Index on Wednesday, which rates LGBT content on networks during the 2013-2014 season. And while the report contains good news for MTV, ABC Family and HBO, “Duck Dynasty” network A&E and History apparently have some work to do.

First, the good news: For the first time in the eight-year history of the report, three networks — MTV, ABC Family and HBO — have received an “Excellent” rating from GLAAD.

MTV, which was also rated “Excellent” on last year’s report, had 49 percent LGBT-inclusive hours of primetime programming, according to GLAAD, up from 28 percent the previous year. Adding to the network’s high ranking were “Teen Wolf,” with the relationship between gay lacrosse player Danny and a new wolf named Ethan; and the reality competition show “The Challenge,” which has included a number of gay, bisexual and lesbian competitors over the past two seasons.

HBO earned points for Ryan Murphy‘s TV adaptation of Larry Kramer‘s “The Normal Heart,” as well as the documentary “The Out List.” ABC Family’s “Excellent” rating — the network boasted 42 percent LGBT-inclusive primetime programming — is thanks largely to characters such as “Pretty Little Liars'” Emily and Lena on “The Fosters.”

On the other side of the spectrum, A&E earned a “Failing” grade. Per GLAAD’s study, the network had just 6 percent LGBT-inclusive primetime programming, “due almost entirely to a gay couple on ‘Storage Wars: NY.'”

History, with less than 1 percent of LGBT-inclusive programming, took the bottom slot on the report.

GLAAD also released its Where We Are Now on TV report, which provides a character count and analysis of characters on the upcoming season and can be read here.

Ranking of the Broadcast Networks, 2013-2014 (based on percentage of LGBT-inclusive hours of original primetime programming)