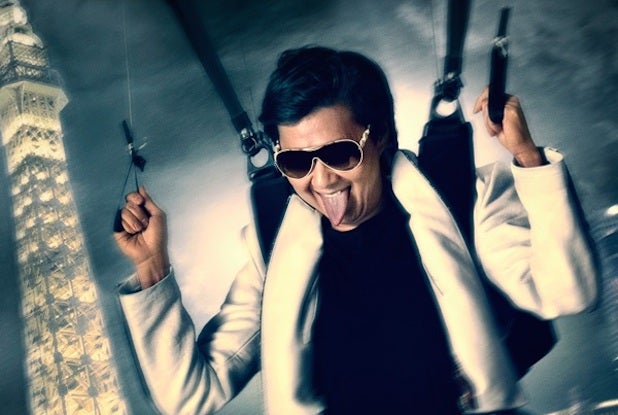 Hollywood may pride itself on being an inclusive and progressive community, but major studios are markedly behind in reflecting that ethos on the big screen.

In its second annual study of Hollywood studio content, GLAAD found that of the 102 releases from the major studios in 2013, 17 of them included characters identified as lesbian, gay, or bisexual — and a majority of the characters were minor roles or cameos. That is up just slightly from 14 of 101 films released in 2012, but this is the first year that “Hunger Games” distributor Lionsgate is counted as a major studio, meaning that the other six made no sum improvement.

Sony was the only studio to receive a “good” grade from GLAAD based on its 2013 slate. 20th Century Fox, Lionsgate, Universal Pictures, and Walt Disney Studios were graded as adequate. Paramount and Warner Bros., on the other hand, received failing grades from GLAAD for “including only minor and offensive portrayals of LGBT people.”

“In response to last year’s unfortunate findings, the most common question we heard was ‘Why does mainstream film seem to be so far behind the times?'” GLAAD wrote in its study. “Through meetings with film professionals following the release of the Studio Responsibility Index, we got the chance to directly ask the question. From Hollywood executives, we repeatedly heard ‘We’re not getting scripts with LGBT characters,’ while screenwriters told us, ‘The studios don’t want to make films with LGBT characters.’ The truth is probably somewhere between these two accusations, but if one thing is certain, it’s that nothing will change until there are significant cultural shifts within the industry itself.”

A deep dive into the stats reveal that:

>> Of 25 LGBT characters, 19 were white, three were Black/African American, two were Asian/Pacific Islander, and one was Latino.

GLAAD took aim in particular at its two failing studios, Paramount and Warner Bros. The organization had harsh words for director Michael Bay‘s “Pain and Gain,” including a scene in which an old male priest is beaten up for hitting on a bodybuilder.

“Ultimately, the filmmakers consciously chose to include a gay man whose sole purpose in the film is to act like a lecherous pervert for a few seconds (thereby also providing a ‘gay panic defense’) before being beaten up,” GLAAD commented. “This event is completely absent from the article the film is based on, meaning it’s just a mean-spirited scene that could have been removed without any bearing on the plot.”

GLAAD saved perhaps its harshest barbs for “The Hangover Part III” (as did most people last year) and its use of the Mr. Chow character (played by Ken Jeong) that harasses and makes life hell for the three main lead actors.

“A walking joke, the films have all depicted Chow as gay (or at least very attracted to other men) simply to create even more moments meant to make the audience laugh or squirm,” GLAAD writes. “The homophobic humor in the first film was widely criticized, while the second also contained a transgender character meant to gross out the audience. Part three improves over the first two, but Chow remains a problematic character who at one point says to one of the protagonists, ‘Want Chow to blow your dick?… I could be a good wife  to you!’

“With LGBT characters so incredibly rare in films of the Hangover series’ reach and popularity, it’s disheartening that this offensively constructed character also stands out as one of the most significant among the 2013 releases.”