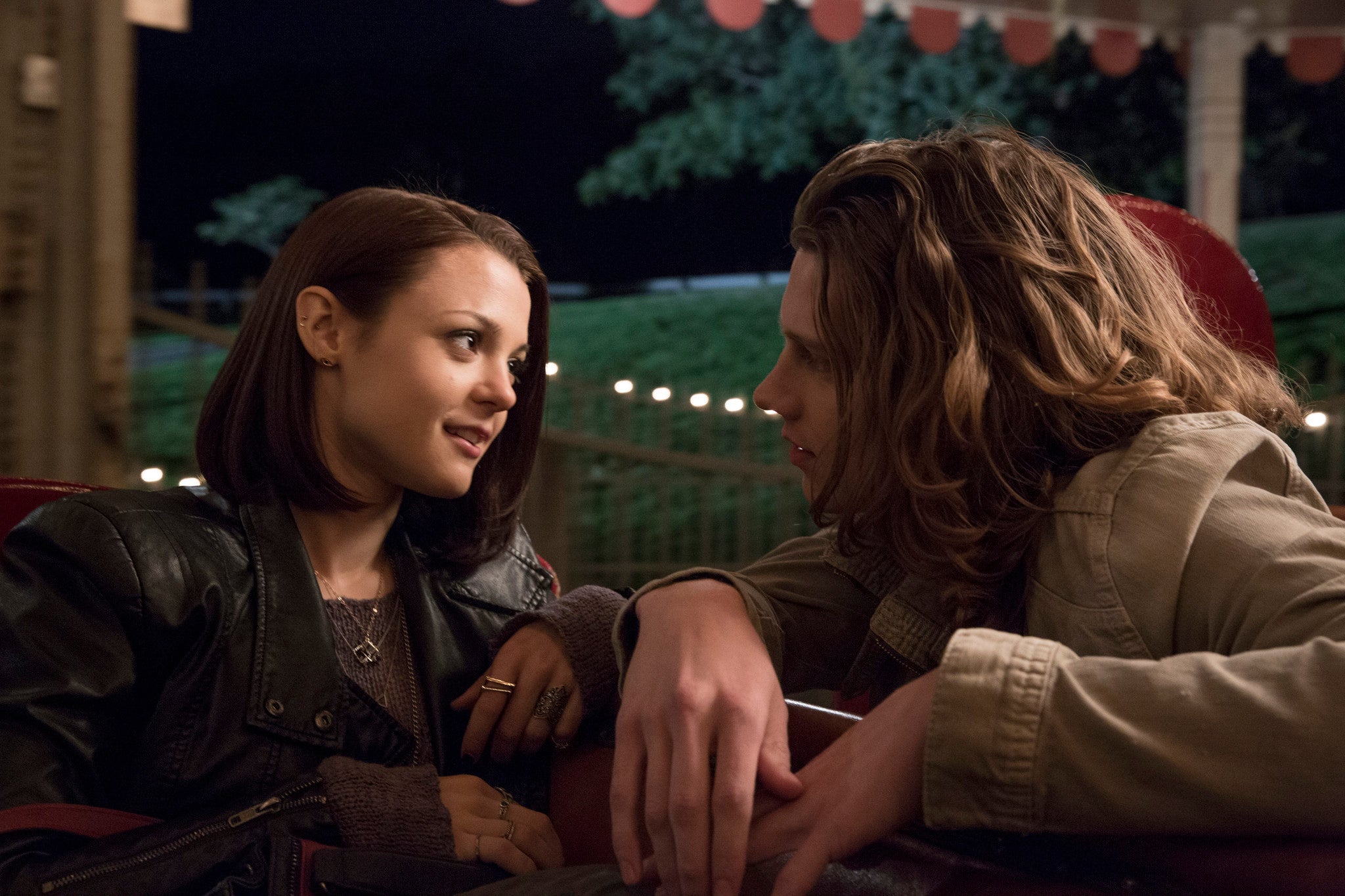 Along the same vein as “Switched at Birth,” MTV’s latest dramatic entry looks to parental nightmares for dramatic fodder. While the ABC Family show looked at a mix-up at the hospital that switched two babies, sending them home with each other’s families, “Finding Carter” explores a much darker premise.

The story starts off with Carter (Kathryn Prescott) enjoying her idyllic life with her apparently single mother, Lori Stevens (Milena Govich). But her entire world unravels after she and her friends get busted breaking into a ferris wheel after hours.

Her friends get to go home, but when authorities dig into Carter Stevens, they find something horrific, and she’ll never get to go home again. Lori Stevens isn’t her mother; in fact that isn’t even her real name. She abducted Carter when she was three-years old from her front yard.

Now, “Lori” can’t be found and Carter is being sent to her real home and her real family. The problem is, these people are perfect strangers to her.

To them, she’s home at last and all their fears and worries of the past 13 years are finally over — if only it were that simple. To Carter, she’s been torn from the only life she’s ever known, told her perfect mother is a criminal monster, and thrown in a home with total strangers. What’s worse, her new mother is now hunting the woman she considers her real mother.

As a foundation for drama, the aftermath of child abduction is certainly a fresh area to explore. It’s uncomfortable for viewers, and yet absolutely compelling at the same time. Creator Emily Silver (“Bones”), working alongside executive producer Terri Minsky (“Lizzie McGuire,” “Sex and the City”), does a good job of presenting both sides of this terrible situation, while still keeping things moving with classic soap opera dramatics and overreactions.

By introducing viewers to Carter first, Silver ensured that viewers will see her as an independent character. Had we met her real family first, then Carter would have become the object of their loss and suffering, losing her individuality. Instead, she’s the subject of her own narrative, as troubled and misguided as it is.

It’s a testament to the writers and the actors that the premise isn’t presented in a ham-fisted manner. It would have been easy to preach about child abduction and the victims it leaves in its wake, but Silver and her team appreciate the complexity of the situation for the people living it. Things that seem so clear on the outside may not be quite so black and white.

That’s not to say that “Finding Carter” doesn’t have its hammy moments. Dad has money problems and Carter may be the solution. But should he exploit his daughter to save his family’s financial future? Mom is cheating on her husband, but decides she needs to recommit to her family. How long will that last? And Carter is torn between two worlds, feeling all that teen angst-y stuff that every teen feels in every teen soap opera.

Delving even more into cliche, Carter has a bad-boy friend from her former life, her new twin sister Taylor (Anna Jacoby-Heron) is a good girl who’s jealous of Carter‘s bad-girl ways, and her new little brother Grant (Zac Pullam) becomes immediately attached to her, finding in her what he’d been missing in his own family his whole life.

It’s not going to win an Emmy Award for Oustanding Drama Series, but “Finding Carter” does stand a good chance of finding a strong and loyal audience. MTV is doing a great job of slowly expanding their original slate, tapping into their youthful demographic with just the kind of shows they’ll want to watch.

It helps that Cynthia Watros (“Lost”) and Alexis Denisof (“Buffy the Vampire Slayer”) are on board as Carter‘s new-old parents, Elizabeth and David Wilson. Neither one of them has a history of over-acting, which is all too common for adult characters on teen dramas, and they both turn in compelling performances with incredibly complex roles.

Right away, the show explored the challenges of integrating Carter into the Wilson family. Her abduction all those years ago tore the family apart, and broke every member of it in a different way.

Elizabeth became cold and cynical. David just cowered underneath his wife, becoming detached from his family as he found success by writing about the family’s loss. Taylor was so afraid of what happened to her sister, that she didn’t allow herself any freedom or fun in life, while Grant just felt completely lost and ignored by everyone.

With the premise established, it looks like “Finding Carter” is going to go into overreaction mode now, which is what good melodrama is all about. Carter is acting out in general, which causes Elizabeth to act out. Taylor’s jealousy of her sister causes her to act out. It’s all about extremes, which should make for a very exciting season.

And then there’s the ongoing mystery of “Lori Stevens,” who makes an appearance during the two-hour premiere to tell Carter that she loves her. She hints that there’s more to what happened than Carter knows.

There’s nothing like an ongoing mystery to keep young viewers glued to their seats and more importantly, coming back. “Pretty Little Liars” has been doing it for 100 episodes now. “Finding Carter” isn’t quite that dark (nobody’s been murdered yet), but it has all the pieces in place to have a lengthy run of its own with a fanatical and loyal audience.