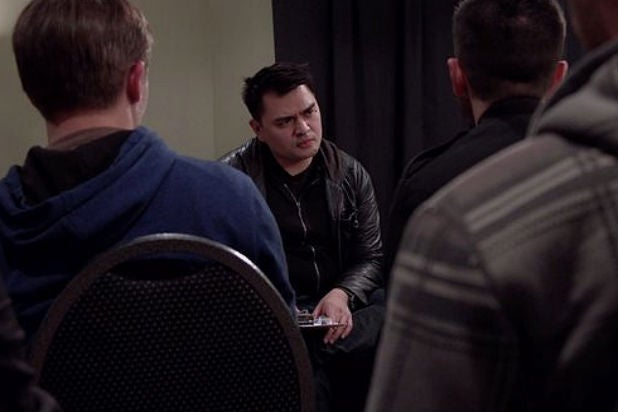 The MTV documentary “White People” explores the uncomfortable topic of what it means to be white in the modern age.

The film is the creation of Jose Antonio Vargas, a Pulitzer-Prize winning journalist who traveled across the country talking to Millennials of varying social, economic and educational backgrounds about whiteness and race.

Vargas believes that whiteness cannot be ignored in the larger racial debate in the U.S. “Too often I think when we talk about diversity or we talk about inclusion, we don’t include white people in the conversation,” he explained to TheWrap, adding that “diversity is the destiny of this country.”

The filmmaker also feels it is important to create safe environments in which people can talk about race without feeling judged.

“We are living in such a politically charged and politically correct time that sometimes I wonder how willing are white people to say what they really think and really feel,” Vargas said. “I would rather you say it than not say it, because then you just internalize it … and we don’t talk about it at all.”

Brendesha Tynes, Ph.D., an associate professor of education and psychology at the University of Southern California, agreed with Vargas about the importance of such discourse. “These conversations are not only valuable, but a key starting point in our efforts to move toward equality for all American citizens,” Tynes told TheWrap, adding that the film left her feeling “hopeful.”

“White People” also challenges firmly-held beliefs in our culture. In a central part of the documentary, a college student named Katy laments that she cannot attend her school of choice as she can’t afford it. She also believes that scholarships heavily favor minority students. Vargas’ research reveals, however, that the facts do not support Katy’s assumption.

In reality, white students are 40 percent more likely to get a scholarship than minority students. The problem then is not racial, but rather that school is becoming more expensive and more people are competing for the same scholarships. When presented with the facts, Katy admits that she was mistaken.

Tynes said the moment in the film was powerful, but she worried that the film’s one hour runtime does not reflect the challenges presented in having such conversations.

“[The] discussion with Katy was the breakthrough moment in the documentary that seemed to happen over a few days,” Tynes explained. “She changed her opinion, and admitted she was wrong about being at a disadvantage when it comes to receiving scholarships. In most cases, I don’t think it would be that easy.”

“White People” debuts on Thursday, July 22 at 8 p.m. on MTV. It will simultaneously be made available on MTV.com, the MTV App, MTV’s Facebook page and its YouTube channel, as well as the following morning on iTunes, Amazon Instant Video and MTV’s Video On Demand services.