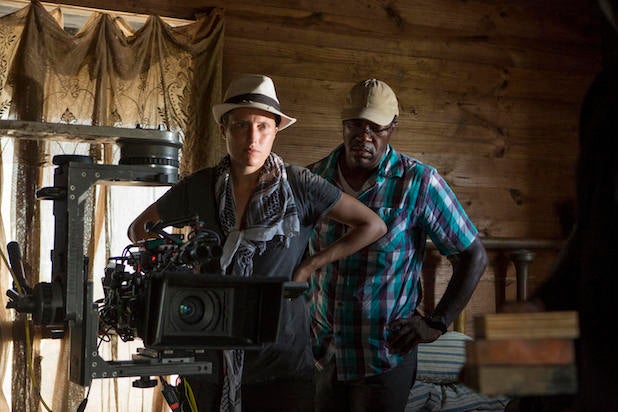 For the first time in the 32-year history of its awards, the American Society of Cinematographers has nominated a woman in the feature-film category.

Rachel Morrison, the cinematographer of Dee Rees’ “Mudbound,” has been nominated for the top ASC Award for Outstanding Achievement alongside Roger Deakins for “Blade Runner 2049,” Bruno Delbonnel for “Darkest Hour,” Hoyte van Hoytema for “Dunkirk” and Dan Laustsen for “The Shape of Water.”

The ASC has nominated women for television in the past, but Morrison is the first to be honored in the theatrical feature category, whose nominees go on to receive Oscar nominations about 80 percent of the time. No woman has ever been nominated for an Oscar for cinematography.

Also Read: 'The Post' Producer Amy Pascal on What Happens in a World of 'Women Not Speaking Up'

The five nominees are all considered strong candidates for Oscar nominations, along with Vittorio Storaro for “Wonder Wheel,” Janusz Kaminski for “The Post,” Paul Thomas Anderson for “Phantom Thread” and Ben Davis for “Three Billboards Outside Ebbing, Missouri,” among others.

Nominees for the Spotlight Award, which goes to films without wide distribution in the U.S., went to the cinematographers of two films shortlisted for the foreign-language Oscar, “On Body and Soul” and “Loveless,” as well as the Estonian film “November.”

In the motion picture, miniseries or pilot category, nominees were “The Deuce,” “Sometimes the Good Kill,” “Genius,” “Training Day” and “Mindhunter.”

The 32nd Annual ASC Awards for Outstanding Achievement will take place on Feb. 17 in the Ray Dolby Ballroom at the Hollywood & Highland center.