Tech company Mursion is employing white actors to play people of color in diversity training programs using virtual reality — and the practice is raising some controversy in the acting and media world, BuzzFeed News reported.

Some companies use such training programs to simulate situations about diversity and inclusion at the workplace. The scenarios feature avatars played by human actors and improvise around situations such as people discriminating toward others or characters practicing how to support a traumatized employee in an event of racial injustice, according to simulations reviewed by BuzzFeed.

Mursion’s human actors, or simulation specialists, are playing their roles using a voice modulator and remote to toggle between characters, which means they are often playing people with a different race and gender than themselves. 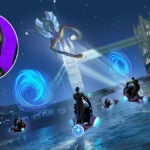 The white actors were also found to play characters of Asian descent, as well as neurotypical adults playing autistic children. The company said it does employ some actors of color, but that its “open casting” practice is essential to scaling the business.

The company, which started out providing K-12 teacher training, defended its position and said it is working to improve these diversity and inclusion practices. It is attempting to increase avatar diversity and address issues of stereotyping. But ultimately, Mursion seems to believe its practice of using hypothetical characters is not problematic because it is not standing in for “the entirety” of any culture, race, or gender and sexual orientations.

Mursion was among the many companies that responded to the shooting of George Floyd by expanding its corporate training programs. But as businesses try to scale their diversity and training programs, questions are coming up about their efficacy and the ethics of representation, such as with this virtual reality program by Mursion.