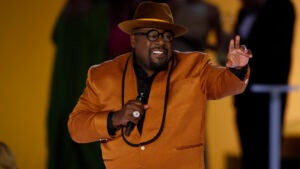 ”The idea of using VR as a way to scale education in person and remotely is a very exciting thing,“ veteran Hollywood producer says

Acclaimed film producer Walter Parkes is launching “Men in Black” in the virtual reality world as his company Dreamscape Immersive releases “Men in Black: First Assignment,” set 25 years after the Men in Black first saved the planet from destruction.

The new interactive experience, available at Dreamscape’s flagship location in Los Angeles beginning next month, is part of the 4-year-old company push to build virtual reality media across the entertainment, enterprise and education sectors.

“I have not been an enormous fan of VR,” Parkes said of his late jump into the sector, which came after discovering impressive VR projects while in Geneva in 2016. “It just struck me that this was a qualitatively different sort of experience. One that could really support mainstream entertainment and beyond in education, training and other applications that we’re very much committed to now.”

The following year, he co-founded Dreamscape Immersive, which operates four locations across the U.S. and is building a fifth, with aims to expand across seas in the Middle East. (The sites have all recently reopened after the pandemic shut them down last spring.) 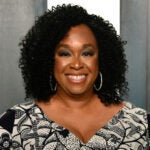 As the producer of Hollywood hits like Minority Report,” “Gladiator” and the “Men In Black” series that have grossed more than $6 billion worldwide. Parkes said he found similarities between traditional moviemaking and producing VR experiences. “Over the last 10 years, movies have become increasingly more digital in terms of how the assets are actually created,” he said. “I like to work on lots of big-effects movies, so those technologies are not foreign to me.”

Since its launch, Dreamscape has rolled out VR arcades in Ohio, Dallas, Los Angeles, with plans to open in New Jersey in coming months with AMC Theatres as its partner. The company has raised roughly $67 million, backed by some the biggest players in Hollywood — including Steven Spielberg, AMC, MGM and Majid Al Futtaim in Dubai, according to Crunchbase.

The company has also been collaborating with government agencies to create defense and intelligence immersive training and guided simulations. In the last year, it partnered with Arizona State University to build a virtual reality world for biology students globally. Parkes believes VR also lends itself to the medical education. “There’s a great future in what we can do with tele-health, but we only have so much bandwidth as a relatively new company,” he said. “The idea of using VR as a way to scale education in person and remotely is a very exciting thing for me personally, and a very important aspect of our businesses.”

In his conversation with TheWrap, Parkes discussed where the VR business is headed in the entertainment industry and how they plan to tackle health care and education in the future.

How did Dreamscape Immersive start?
Artanim, our tech partners from Geneva, saw this initial use in the medical context, having to do with either rehabilitation or performance improvement. I have not been an enormous fan of VR prior to this. I just found it a little bit lonely in there, the fact that I didn’t have a body and I was only connected by controllers. But when I found myself in Geneva in late 2016, actually entering into a digital world as a completely rendered avatar is full touch with all of my senses, untethered to a computer able to explore and walk around and be with other people — it just struck me that this was a qualitatively different sort of experience. One that could really support mainstream entertainment and beyond in education, training and other applications that we’re very much committed to now.

What is it like going from the movie world into working on VR?
In some ways, they are more seamless than one would think. I was actually just speaking to one of the producers of the newest “Avatar,” which is virtually an entirely digital movie. In a funny way, even though these are small experiences that try to tell a story in 12 to 14 minutes, it still comes down to the three acts and how you engage an audience. It’s sort of a microcosm of lots of the issues you deal with in making movies.

How was the business impacted by COVID?
In April of the first year of the pandemic, basically they all shut down for the better part of that entire summer going into that year. Luckily, as a company we had already begun some exciting work in the field of education and training. But we always hoped and waited for the moment when circumstances would allow us to come back to our first love, which is location-based entertainment. I’m happy to say all of our sites are open. The location in Jersey is, once again, under construction to be opened in the next few months. We’re open in Dubai, and we’re looking at expansion in the region there. 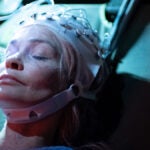 What sort of government agencies or training programs are you involved in?
Due to issues of classification, I can’t go into too much detail. What it mostly has to do with is the creation of simulated environments in which actors can train — either train competency, or abilities. So we create environments that allow people to train for certain things without having to move them all over the world.

So do you see people engaging in VR as an activity like they would go to a movie theater?
I think they are separate activities. What we found was that there’s a new kind of night out that people enjoy around Dreamscape. So we’re seeing that people will go into the mall, do a Dreamscape and then walk around the mall and have dinner. Then come do another Dreamscape and maybe have a drink. And that sort of adds up to a new version of dinner and a movie, seeing these more snackable entertainment experiences in between a lot of other experiences. I think it coexists very nicely with movies. I think both media need each other.

Any other sectors you are interested in?
Health and wellness is most likely our next target. The ability to actually bring a patient inside a 3D rendering of whatever condition they’re being treated on, or take interns or residents into systems or have fully rendered avatar avatars for telemedicine. It’s not just the screen, but you have a sense of presence.

Last year, we have been working on education in a partnership with Arizona State University. That first project we’ve taken was our very first pilot Alien Zoo, and it’s becoming an immersive laboratory that will serve the needs of all introductory biology students, both nationally and internationally. It’s a way for students to become actual scientists inside of the virtual world. The idea of using VR as a way to scale education in person and remotely is a very exciting thing for me personally, and a very important aspect of our businesses. 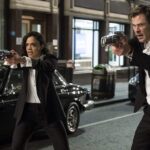