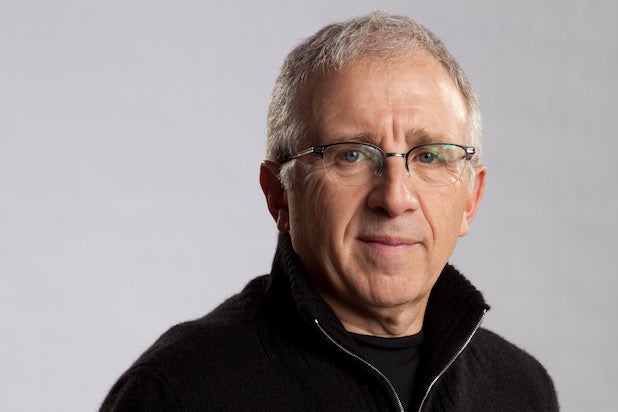 Music mogul Irving Azoff blasted Google’s massive video site YouTube in a letter Monday, complaining that the company is exploiting systems to make it nearly impossible for artists to keep their work off the platform.

“You have built a business that works really well for you and for Google, but it doesn’t work well for artists,” he wrote. Of the outright licenses YouTube has struck with labels and publishers, Azoff warned YouTube not to “confuse deals made out of desperation” with those that willing partners would prefer.

Azoff is a high-profile manager of artists like Christina Aguilera and the Eagles. He was among a group of more than 100 music industry figures who slammed YouTube in March in a series of coordinated letters protesting to the U.S. government, with many of the same complaints he raised Monday.

The full letter, sent to TheWrap and published earlier Monday by tech news site Recode, is a response to a blog post by YouTube’s head of international music partnership. Azoff’s letter in full follows:

Your attempt at “Setting the Record Straight” through a post on your “creator blog” last week did exactly the opposite: it was obfuscation to divert artists’ attention from the fact that YouTube hides behind the DMCA’s “safe harbor” provision and pays artists a pittance.

You say that music matters to YouTube. There is an old adage about actions and words. If YouTube valued music, then it would allow artists to have the same control which YouTube grants to itself. YouTube has created original programming. Those programs sit behind a “paid wall” and are not accessible for free unless YouTube decides to make them available that way. If a fan wants to watch the YouTube series “Sister-Zoned”, that fan has to subscribe to YouTube Red for $9.99/month. But the same does not apply to music.

If music matters to YouTube, then why not give musicians the same choice you give yourselves? Taylor Swift should be able to decide which of her songs are available for free, and which are part of a paid subscription service. Or she should be able to opt out of YouTube if you won’t give her this choice.

But artists can’t opt out of YouTube. Because of the outdated Digital Millennium Copyright Act, the only way for an artist to keep a song off YouTube is for that artist to send YouTube a notice every time that song is uploaded by a different user. It is impossible. The Content ID system that you flaunt is meaningless when YouTube continues to hide behind the “safe harbor” provisions of the DMCA. If YouTube cares about copyright management then join the music business in its efforts to reform the DMCA. Or, better yet, you could really prove your love for music by not allowing music on to YouTube unless you ask the creators of that song for permission. I know realistically you won’t voluntarily agree to take on the task of asking artists for their permission. So, if you are going to continue to force artists to notify you when an infringing song is on YouTube, once an artist tells you that she wants her song taken off YouTube, you should keep it off. When the artist sends a “take down”, it should be a “stay down”.

Before you tell me that you can’t control what is uploaded to YouTube, let me say it seems clear that YouTube can control the content on its platform when it wants to do so: it controls its own series programming, and it limits offensive content like pornography. It certainly monitors what people are listening to on YouTube and provides that information to advertisers. But when it comes to music, YouTube claims it has no control and can’t keep a song off its platform. You exercise control over content when it is good for your business. But, the truth is that from the beginning, free music consumption drove YouTube’s business and so YouTube chose not to give artists control over how their music reaches their fans.

You state with apparent pride that you have licenses with labels, publishers and PROs. But don’t confuse deals made out of desperation with marketplace deals made by willing participants. YouTube has benefitted from the unfair advantage which safe harbors gives you: labels can take the deals you offer or engage in an impossible, expensive game of “whack a mole” while the music they control is still being exploited without any compensation. Spotify and Apple don’t have that advantage and this is why they are better partners to music creators.

In your post, you say it isn’t fair for an artist to compare what they make from Spotify to what they make on YouTube because they are different services. From a fan and artist perspective, they provide the same service – on-demand, streaming music. It is true that YouTube has a different business model, but that was not the artist’s decision. It was YouTube who decided to invest in an ad-supported platform. If an ad-supported streaming service doesn’t generate enough revenue for YouTube to pay artists at rates which are comparable to Spotify or Apple, then maybe it isn’t a good business?

If you want YouTube to be compared to terrestrial radio, then you have to be a good partner to artists like radio. Radio works with artists so they can present music to their fans in the way they intended. Radio does not provide unlimited, on-demand access to music which can be shared. Radio doesn’t leak music and it doesn’t make unfinished or poor quality live recordings available. It’s about creative control.

YouTube, ask yourself this question: if you are paying so well and providing such a great service to artists, then why is there discord between you and the creative community? You can blame the labels and publishers or the “middle men” as you call them. I know how easy it is to take shots at record companies and publishers – I have been doing it for years. But the root of the problem here is you: you have built a business that works really well for you and for Google, but it doesn’t work well for artists. If you think it is just the labels and publishers who are complaining, you are wrong. The music community is traditionally a very fractured one, but on this we are united.