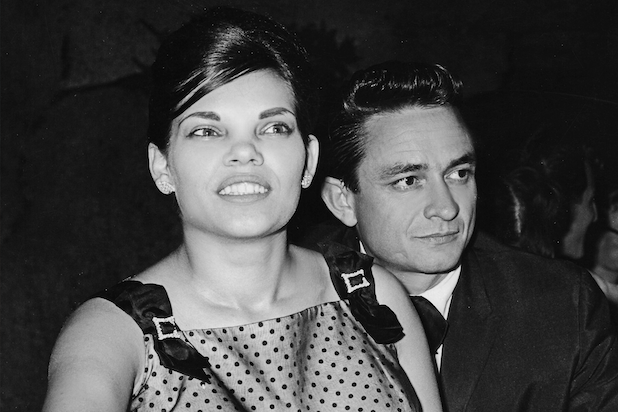 The “soulmate” narrative can be hard to resist. Star-crossed lovers, fate, destiny — the amount of art that’s been created trying to persuade readers, viewers and lovers to embrace those ideals is considerable, to say the least. And it definitely includes the story of Johnny Cash, who, according to the legend, had his life saved by the love of one good woman: June Carter.

But what if that one great love happens twice? What if there’s not one soulmate, but two? Is that blasphemy or reality?

In a way, that’s the question that “My Darling Vivian” asks. A documentary that was scheduled to premiere at the South by Southwest Film Festival and is now one of the SXSW films screening for free on Amazon Prime for a limited period, it’s the story of Vivian Liberto, Johnny Cash’s first wife, the mother of his four daughters and the woman for whom he wrote “I Walk the Line.”

Perhaps cruelly, that song title was adapted for the 2005 movie “Walk the Line,” which focused relentlessly on the narrative that Johnny and June were deathless soulmates; in almost all of Vivian’s scenes, she’s complaining to Johnny about something, pushing him toward his inevitable rendezvous with destiny in the form of June.

Vivian died six months before “Walk the Line” was released – and now, 15 years later, “My Darling Vivian” is something of an answer to that Oscar-winning film. And because it’s structured so that we constantly hear Johnny’s words from the thousands of flowery, adoring letters he wrote to Vivian while he was stationed overseas in the U.S. Air Force, it’s impossible not to come away thinking that before June was Johnny’s forever soulmate, Vivian was.

Directed by Matt Riddlehoover and produced by his partner Dustin Tittle, who is the grandson of Cash and Liberto, “My Darling Vivian” is itself a love letter of sorts, but it’s also a melancholy portrait of a woman whose great love was in many ways her great undoing. The story is told for the most part by her four daughters, Rosanne, Kathy, Cindy and Tara, though they don’t always agree: A lot of the stories seem to arrive with the disclaimer, “That’s what I heard.”

Liberto was raised in San Antonio. Her mother was an alcoholic who would sometimes be passed out when Vivian got home from school; the young girl would clean the house so her father wouldn’t know. She met Johnny at a skating rink in her hometown shortly before he shipped off to Germany, and the two were instantly in love.

The footage and the letters from that period show us a different side of Johnny Cash, goofy and besotted. They quickly married when he returned from Germany and moved to Memphis where he worked as a door-to-door salesman, a job at which he wasn’t very good. But he was very good at his side job, writing songs and singing them, which landed him a spot on the legendary Sun Records label and a string of hits that included “Folsom Prison Blues” and “I Walk the Line.”

But success kept Johnny away from Vivian even as the family grew to include four daughters. They moved to the San Fernando Valley outside Los Angeles, then to a hilltop home in the remote town of Casitas Springs — where no sooner were they settled in, with Vivian expected to care for four kids under the age of six, than Johnny left to go on tour.

And it got worse when Johnny began popping pills on the road, developing an addiction to amphetamines. “One day he came back and it wasn’t him,” Rosanne says in the film. “It’s seared in my memory. It was like, ‘Where’s Dad?'”

When he was home, the fights got worse – and when he was arrested in El Paso for bringing pills across the border from Mexico and Vivian went to the jail to get him, a widely-seen photo made her Italian and Sicilian features seem black. The Ku Klux Klan was active in spreading rumors that Johnny was married to a black woman, and Vivian lived in fear.

“I would come home from school with the most intense knot in my stomach, wondering if she would be alive,” says Rosanne, who is brutally honest in the film. “I had that knot in my stomach every single day of my childhood.”

Also Read: 'The Beastie Boys Story' Review: It's a Hip-Hop Concert Film Without the Concert

Vivian and Johnny divorced in 1966 — and before he married June Carter, with whom he’d been having an affair, Vivian married a former policeman, Dick Distin, and set about making a new life for herself. “She said to me, ‘If I stay busy, I don’t think,'” her daughter Kathy says. But her bitterness remained, particularly when June Carter Cash would say in interviews that she had eight children. It was a typically inclusive gesture by June, who refused to differentiate between her biological children and her stepchildren, but to Vivian, it was an affront. “Would you please ask your wife to stop describing my daughters as her children?” she wrote to Johnny in an unmailed letter.

For a movie that tries to make a case for Vivian, “My Darling Vivian” can’t shake a focus on Johnny — and though her second marriage lasted for 38 years, almost three times as long as her first, the film suggests that she died still loving Johnny and still obsessed by him. In a way, the approach seems to shortchange her life after Johnny, reducing it to a footnote to her love story with Johnny — maybe in the same way that Vivian herself had been reduced to a footnote to Johnny’s love story with June.

It makes her story a sad one, even though the film finds some lovely moments of healing as the story nears its end. “My Darling Vivian” is an unmistakably loving and sensitive portrait, an imperfect but impassioned attempt to makes the case that the easy Johnny Cash narrative is missing an important figure, that the shadow his legend casts left at least one person in the darkness who ought not to be there.

In Rosanne Cash’s beautiful memoir “Composed,” which presents a deeply nuanced and moving portrait of her mother, Rosanne mentions a Philip Larkin poem, “An Arundel Tomb,” which she says contains a line that will always remind her of her parents: “Time has transfigured them into untruth.”

The last line of that poem, five lines later, is a generous one: “What will survive of us is love.” And that is what survives of Vivian Liberto in “My Darling Vivian.”