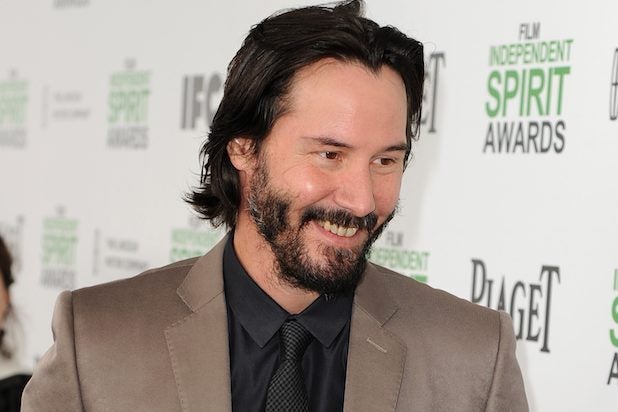 Keanu Reeves is a chick magnet in the worst way possible.

The Los Angeles Police Department confirmed reports to TheWrap that not one, but two women broke into his Los Angeles home last week — and one of them was naked.

Like “Speed” co-star Sandra Bullock‘s scary confrontation with an obsessed fan, Reeves was home during the first incident, which took place on Sept. 13. TMZ reports the actor awoke at 4 a.m. when he heard noises coming from his library, and found a woman in her 40s sitting inside.

An LAPD spokeswoman said Reeves exchanged a few words with the intruder — who said she was there to meet him — and then called 911.

The woman was taken into custody and given a psychological evaluation.

The following Monday, the L.A. Police Department had to return to Reeves’ Hollywood Hills residence when the actor called 911 because of a naked woman a cleaning crew found reportedly using his shower, and taking a dip in his pool. TMZ reports she walked through a gate that the cleaning crew left unlocked while working.

Reeves was not home for the second strange intrusion, which also reportedly resulted in a psychological evaluation.

The LAPD spokeswoman could not confirm details of the second incident.