Yuji Naka, creator of the “Sonic the Hedgehog” character and video game series, was arrested Friday in Japan on charges of insider trading.

According to an official announcement by investigators, Naka allegedly obtained sensitive information concerning a new smartphone game in the “Dragon Quest” series in January 2020 while employed by Square Enix. The game was being developed by Square Enix and online game production company Aiming.

Naka allegedly purchased 10,000 shares of Aiming stock, for approximately JPY2.8 million ($20,000), prior to the announcement of said information. That would be a violation of the Financial Instruments and Exchange Law. 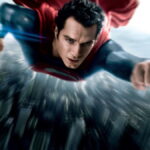 Two other men, a former Square Enix employee and his acquaintance, have also been arrested for pre-announcement purchases of Aiming shares. It is not known at this time whether any of the three men sold their stock.

Square Enix released an official statement pledging that “As the investigation by the Tokyo District Public Prosecutors Office is underway, we will continue to fully cooperate with their investigation.”

Released in 1991, the initial “Sonic the Hedgehog” game was an immediate critical and commercial success. The young, speedy and comparatively edgy blue hedgehog was seen as a marquee character to rival Mario from the “Super Mario Bros.” games in the console battle between Nintendo and Sega.

Naka left Sega in 2006 to start his own game company, Prope, which would eventually make games for the Nintendo Wii. He joined Square Enix in 2016 but left in 2022 after being removed as director of the game “Balan Wonderworld.” He would eventually sue Square Enix while publically blasting the company on social media. 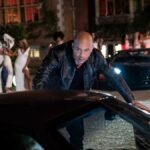 Also Read:
‘Fast X’ Budget Has Ballooned to $340 Million – Can It Still Turn a Profit for Universal? (Exclusive)
x