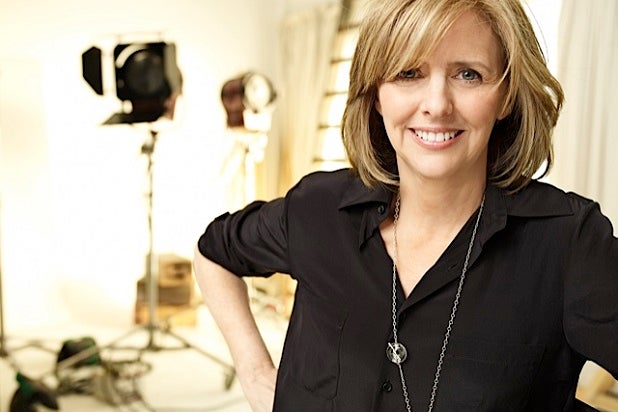 The honor will be presented in an awards ceremony to be held Jan. 7 at the Paramount Theater at Paramount Studios.

Meyers has been a force in Hollywood since producing and sharing an Oscar nomination for co-writing “Private Benjamin” in 1980. Since then, her writing credits include “Baby Boom,” “Father of the Bride” “The Parent Trap” “Something’s Gotta Give” and “It’s Complicated,” which she also directed.

“It is our privilege to put a spotlight on the contributions Nancy Meyers has made to the screenwriting industry,” says Marc Madnick, chief executive of Final Draft.

“Her screenplays consistently deliver both drama and laughter with an unmistakable voice that has set the standard for romantic comedies over the past two decades. Her impressive list of credits is not only an inspiration to all writers, but also an important reminder that women are a driving force in Hollywood.”

Meyers will receive the honor at the Final Draft awards event, at which the company celebrates aspiring writers (the Big Break Screenwriting Contest winners), the most influential talent in the industry (the Hall of Fame Award), and the 2013 screenwriters at the top of their craft (the Screenwriters Choice Awards).

The Screenwriters Choice Awards celebrates its second year and provides an open forum for Final Draft customers to vote on the best-written feature films and TV shows of 2013. Nominees are chosen by a committee of working writers who submit their picks for 2013’s Best Original Screenplay, Best Adapted Screenplay, Best Television Comedy and Best Television Drama.

The show’s host will be Jay Chandrasekhar, who stars in and directs the upcoming “The Babymakers,” which also stars Olivia Munn, Paul Schneider, Kevin Heffernan and Nat Faxon.