Naomi Osaka broke down in tears in her first press conference since withdrawing from the French Open and Wimbledon for mental health reasons.

While speaking with press on Monday ahead of her appearance at the Ohio WTA tournament, Osaka got visibly emotional after Cincinnati Enquirer sports columnist Paul Daugherty asked her about her fraught relationship with the media.

“You’re not crazy about dealing with us, especially in this format, yet you have a lot of outside interests that are served by having a media platform,” Daugherty said. “I guess my question is, how do you balance the two, and also do you have anything you’d like to share with us about what you did say to Simone Biles?”

After twice asking Daugherty to clarify his points, Osaka replied, “This is something that I can’t really speak for everybody, I can only speak for myself. But ever since I was younger I’ve had a lot of media interest on me and I think it’s because of my background, as well as how I play. Because in the first place I’m a tennis player — that’s why a lot of people are interested in me. So in that regard, I’m quite different to a lot of people. I can’t really help that there are some things that I tweet or that I say that create a lot of news articles… and I know it’s because I’ve won a couple Grand Slams and I’ve gotten to do a lot of press conferences. But I would also say, I’m not really sure how to balance the two. I’m figuring it out at the same time as you are.”

As seen in the clip above, the four-time grand slam champion then wiped away tears with her jacket sleeve and pulled her hat down over her face while trying to listen to the next reporter’s question. She then stepped away from the podium before returning moments later to finish off the press conference.

Following the presser on Monday, Osaka’s agent, Stuart Duguid, lambasted Daugherty for being a “bully” in a statement given to E! News.

“The bully at the Cincinnati Enquirer is the epitome of why player / media relations are so fraught right now,” Duguid said in a statement. “Everyone on that Zoom will agree that his tone was all wrong and his sole purpose was to intimidate. Really appalling behavior.” 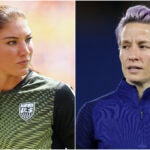 Duguid added, “And this insinuation that Naomi owes her off-court success to the media is a myth – don’t be so self-indulgent.”

Daugherty has not yet publicly responded to the interaction, but it’s worth noting that his Twitter bio reads, “I provoke honestly and always have the backs of the fans.”

Osaka, the No. 2 women’s tennis player, withdrew from the French Open in May after she was fined for skipping post-match press conferences. In explaining her decision, she cited her mental health, saying, “I’ve often felt that people have no regard for athletes’ mental health and this rings very true whenever I see a press conference or partake in one. We’re often sat there and asked questions that we’ve been asked multiple times before or asked questions that bring doubt into our minds and I’m just not going to subject myself to people that doubt me.” 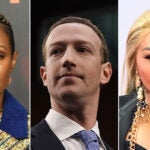 Also Read:
9 Famous People Who Hated the Biopics About Them, From Mark Zuckerberg to Jada Pinkett Smith (Photos)

The 23-year-old athlete also revealed she’s suffered “long bouts of depression” since her breakthrough 2018 U.S. Open win, and said, “I get huge bouts of anxiety before I speak to the world’s media.”

Following her withdrawal from the French Open, Osaka took a break from major tennis events, including Wimbledon, though she did ultimately return for this month’s Olympic Games in Tokyo, where she represented Japan.