Sharbat Gula, known internationally as the “Afghan Girl” following her appearance on a 1985 cover of National Geographic, has been granted refugee status in Italy. The country’s prime minister, Mario Draghi, made the announcement Thursday.

“Responding to the requests of those in civil society and in particular among the non-profit organizations active in Afghanistan which, after the events of last August, received Sharbat Gula’s appeal to be helped in leaving their country, the Prime Minister took it upon himself and organized her transfer to Italy within the broader context of the program for the evacuation of Afghan citizens and the government’s plan for their reception and integration,” said the statement from Draghi’s office. 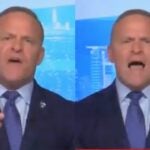 The prime minister’s office said the country will now help her integrate into Italian life.

Gula was 12 when her portrait was taken by Steve McCurry in 1984. Though her image became internationally famous, she was not known for years and was only identified years later when she was tracked down in Pakistan. When she was accused by authorities of purchasing a fake Pakistani identity card and ordered deported in 2014, she went into hiding and was flown to Afghanistan, where she was given keys to a new apartment at a reception hosted by the Afghan president.

Numerous Western countries have been airlifting Afghans out of the country following the Taliban’s takeover in August, which happened after U.S. troops departed the country.