Ready to embark on a treasure hunt?

“National Treasure: Edge of History,” a spin-off of the popular adventure movies, is hitting Disney+ soon and ahead of the two-episode premiere event, a brand-new trailer has been uncovered from the sands of time. (It was actually just released online.) And it looks like a lot of puzzle-solving fun.

According to the official press release, “National Treasure: Edge of History” is “told from the point of view of a young heroine, Jess – a brilliant and resourceful DREAMer in search of answers about her family – who embarks on the adventure of a lifetime to uncover the truth about the past and save a lost Pan-American treasure.” The trailer shows our hero (Lisette Olivera) getting some tips from Harvey Keitel, returning to the franchise and facing off against a very blonde, very bad Catherine Zeta-Jones. 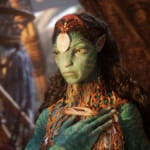 Other cast members in the new series include Jake Austin Walker, Jordan Rodrigues, Zuri Reed, Antonio Cipriano and Lyndon Smith. At the close of the trailer, we also get a look at a returning “National Treasure” favorite, Justin Bartha.

The original “National Treasure” debuted back in 2004. It starred Nicolas Cage as Benjamin Franklin Gates, a dedicated treasure hunter who is always keen to uncover a long-dormant mystery, especially if it somehow involves the founding of the United States. The original film was warmly received and profitable and generated a sequel in 2007 (once again starring Cage and directed by Jon Turtletaub). For a long time producer Bruckheimer and Cage would talk about a third film (occasionally referred to as “International Treasure”) but nothing ever came of it. Of course, with a high-priority subscription streaming service as now part of the company’s portfolio, a series seemed inevitable. And here it is!

The series heads to Disney+ for a two-episode premiere on Dec. 14. 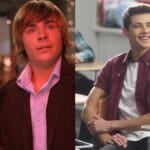