(Spoiler alert: This article discusses the entirety of “The Cleaning Lady” Season 2, Episode 2, “Lolo and Lola.”)

Naveen Andrews, the Emmy-nominated “Lost” actor, was drawn to his character Robert Kamdar, a new malignant presence in “The Cleaning Lady” Season 2, because of his cunning intelligence. Presented as the crime show’s new baddie and Nadia’s (Eva De Dominici) ex, the calculated criminal is intent on fracturing her already crumbling relationship with husband Arman (Adan Canto) — and pretty much everything else.

“He does seem to operate without any kind of moral fiber and certainly has issues: He needs therapy of some kind,” Andrews told TheWrap in an interview. “But if there’s one redeeming factor, it’s his relationship with Nadia — for some reason she’s exempt from his rather dark worldview. And in spite of that, he still seems to insinuate himself into other people’s lives with a deleterious effect and enjoys it, the idea of taking manipulation to another level. And the fact that he’s so mercurial that he can go from nought to 60 in seconds — and then it seems that having reached certain points is seemingly exhilarated by it — [it’s] very odd.”

The series’ co-showrunner and executive producer Melissa Carter told journalists at Fox’s virtual panel during the Television Critics Association press tour in early September that she and creator Miranda Kwok were intent on casting Andrews following his acclaimed turn as Sunny Balwani in “The Dropout.” 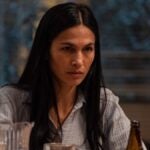 “His work speaks for itself, but that role, particularly, showed a corruptible character who is driven and unexpected and that’s why the character of Robert Kamdar is so threatening and dangerous is that he is morally bankrupt,” Carter said. “And yet he has this deep love for Nadia, his ex who got away, so that just gives a delicious mix to the soup.”

For his part, Andrews said he viewed the first season at his girlfriend’s behest once the offer came in and connected with the show’s emotional tenor, as well as its “incredibly important” centering of immigrant stories.

“The most important thing when I was watching the show was the emotional punch the actors brought to it, like heart and soul and guts,” he explained. “And the fact that it was about immigrants because I’m the child of immigrants myself, who came to England in 1965.”

Following the Season 2 premiere, which saw the accidental death of Marco (Ivan Shaw), at his nephew Chris’ (Sean Lew) hands, Episode 2 follows Thony (Élodie Yung) as she continues delving deeper into the criminal underbelly of Las Vegas. With Arman strapped for cash and running out of time in prison after the attempt on his life, Nadia is forced to turn to Robert for a strings-attached loan that will be used to pay off a corrupt judge for her husband’s freedom. But because of the FBI’s close eye on her every move, she enlists Thony to collect the money from Robert ahead of Marco’s funeral, which leads to a fraught scene where Robert demands Thony strip in front of him to check for a hidden wire.

The tense moment, which Andrews describes as “appropriately frightening” and a plain example of the “physical violence” the character nonchalantly wields, was actually the first time Yung and Andrews met each other.

Yung said in a separate interview, “That was the first time we met on set. ‘OK, I’m gonna strip and take off all my clothes and hi, my name is Elodie and you’re Naveen,’ but I tried to preserve this kind of distance that sometimes you can have in the beginning of a relationship with an actor, just to keep a layer of it needs to be very vulnerable for me and more than what’s written on the page can happen to Thony.” 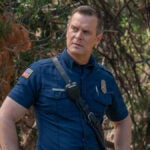 She added that the writers are “throwing a wild card” with the “layered” character: “You never know which way it’s going to go with this character. He’s threatening, as you can imagine, but there’s something a bit vicious about him. There’s something very scary about this character, because you can’t predict what he’s doing. And Naveen is just the sweetest person, but he carries his darkness as well that he really can portray.”

Episode 2, called “Lolo and Lola,” ends with Arman triumphantly walking out of the prison compound — his face bruised but chin high after killing Hayak (Navid Negahban). He embraces Nadia, but a remaining evil lingers as the couple is now indebted to Robert, who has a stake in the syndicate’s illicit gun dealings as part of his loan agreement.

“If you’re dealing with somebody who is ostensibly an intellectual, and yet is able to indulge in moral depravity and criminality, it brings something else in, which is maybe unfamiliar to this particular environment,” Andrews said of the character. “There’s something studied and concentrated about it, which is disturbing.”

“The Cleaning Lady” airs weekly with new episodes on Mondays at 9 p.m. ET/PT on Fox. 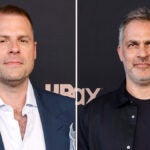