NBC is moving forward with a pilot order for the one-hour drama “Wolf,” hailing from “Pretty Little Liars: Original Sin” executive producer Michael Grassi and Berlanti Productions (“The Flash,” “You”). The project, from Warner Bros. Television, is inspired by the life and works of British neurologist Oliver Sacks.

Specifically, the series draws from Sacks’ books “The Man Who Mistook His Wife for a Hat” (1985) and “An Anthropologist on Mars” (1995). The logline is as follows: “Inspired by Oliver Sacks’ extraordinary life and work, ‘Wolf’ follows a revolutionary, larger-than-life neurologist and his team of interns as they explore the last great frontier, the human mind, while also grappling with their own relationships and mental health.” 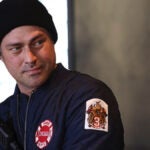 Previously, Sacks’ 1973 book “Awakenings” — about a group of patients who survived the great encephalitis lethargica epidemic in the early 20th century — served as the basis for the 1990 film of the same name starring Robert De Niro and Robin Williams. 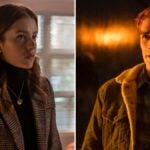 In addition to executive producing “PLL: Original Sin,” Grassi counts producing credits on “Riverdale,” “Supergirl” and “Degrassi: The Next Generation.” He has also written on those series, along with serving as a story editor for “Schitt’s Creek.” In August 2022, he landed a second multi-year exclusive pact with WBTV, continuing his work at the studio since 2015.

Krieger is also under an overall deal at WBTV, and has directed episodes of “Riverdale,” “You,” “Chilling Adventures of Sabrina” and “Prodigal Son.” He has frequently collaborated with Berlanti Productions, also under an overall deal at the studio. Berlanti recently re-upped his mega-deal with WBTV, committing to the studio until 2027, which marks the first such deal since the Warner Bros. Discovery merger. The production banner is behind such series as “All American,” its spinoff “All American: Homecoming,” “Titans,” “The Flight Attendant” and more. 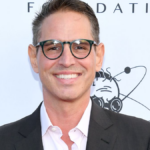