Noah Oppenheim is stepping down as president of NBC News to take a production deal at NBC Universal.

As part of an NBC News reorganization, The New York Times deputy managing editor Rebecca Blumenstein takes over the reins as president of editorial, duties for which she’ll share with NBC News execs Libby Leist and Janelle Rodriguez, who will be promoted as part of the reorg.

Oppenheim has been with NBC News since 2017. 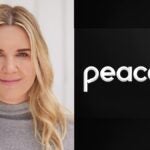 “After two years overseeing Today, and almost six years leading NBC News, I’ve decided it’s time for me to return to my other love – writing and producing TV and movies. I leave with enormous pride in all that we’ve accomplished together,” Oppenheim said Wednesday in a memo, in which he said he would “remain part of the NBCU family moving forward.”

“Soon, I’ll be launching a new venture with our colleagues in television and film on the west coast,” Oppenheim said. “More to come on that. “

Blumenstein served as an integral part of the Times’ management, advising the publisher A.G. Sulzberger while overseeing recruiting and operations at the newspaper.

The move signifies that NBCUniversal’s news division chief Cesar Conde, the former head of Telemundo, is putting his trust in Blumenstein – despite her having “little experience in television” – to shape NBC News’ future, the Times reported.

“The news landscape is rapidly evolving,” Blumenstein told The Times. “I look forward to building on the deep journalistic foundation at NBC News to help the organization achieve its ambitions.” 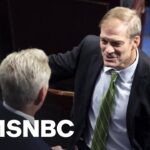 Blumenstein, a Michigan native, was formerly a foreign correspondent who later joined The Wall Street Journal as deputy editor in chief and then The Times’ management, in 2017.

The NBC News shake-up effects marquee shows including “Meet the Press” and “Dateline.” Some of the NBC News line-up Oppenheim oversaw will now be under Conde’s leadership, including “NBC Nightly News” and “Today.”

“Today” will be produced by Libby Leist, a mainstay with the show, and “NBC Nightly News” by NBC veteran Janelle Rodriguez, who’s also in charge of NBC News Now.

MSNBC will continue to be separately led by president Rashida Jones.

Along with the production deal at NBCUniversal, Oppenheim is developing a Netflix series featuring Robert DeNiro, a political thriller tentatively titled “Zero Day,” per The Times. Oppenheim is collaborating with “Narcos” showrunner Eric Newman and The Times’ reporter Michael S. Schmidt.