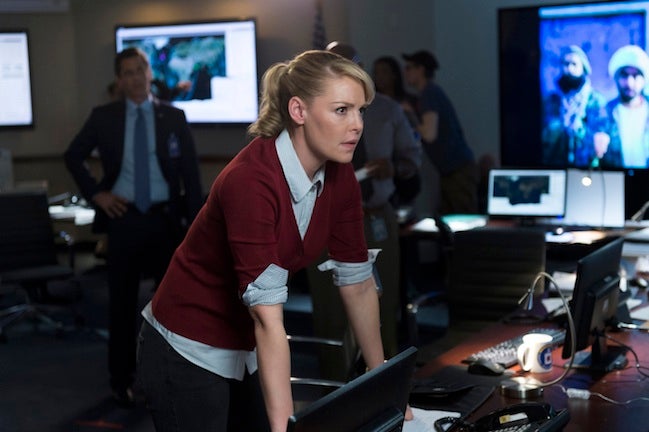 The drama follows Heigl as CIA attaché Charleston Whitney Tucker, who counsels the president — played by Alfre Woodard — on high-stakes incidents around the world.