NBCUniversal is developing a fictional series based on the beind-the-scenes goings on in wrestling culture with producers from the WWE. It’s titled “Pinned.”

The show is being described as an “adrenalized upstairs-downstairs soap that gives a behind-the-scenes look at a fictional wrestling promotion and the unforgettable characters that populate it,” per NBCU. “‘Pinned’ offers a front-row seat into the eccentric wrestling culture and the mayhem that exists between the locker room and the boardroom.”

NBCU hasn’t landed on a platform for the show, which comes from the UCP studio branch of the company. 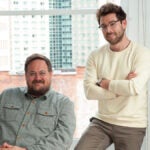 “Pinned” is the second show with WWE involvement to make big news this week. On Wednesday, Micah Fitzerman-Blue and Noah Harpster were announced as co-showrunners of “The United States of America Vs. Vince McMahon.” The McMahon show is set in the ’90s and focuses on when the WWE boss was “indicted by the U.S. government for allegedly supplying anabolic steroids to WWE talent, stood trial after refusing to take a plea, but was unanimously acquitted by the jury,” per the logline from WWE and Blumhouse.”

The McMahon series is from WWE and Blumhouse Television. 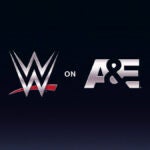