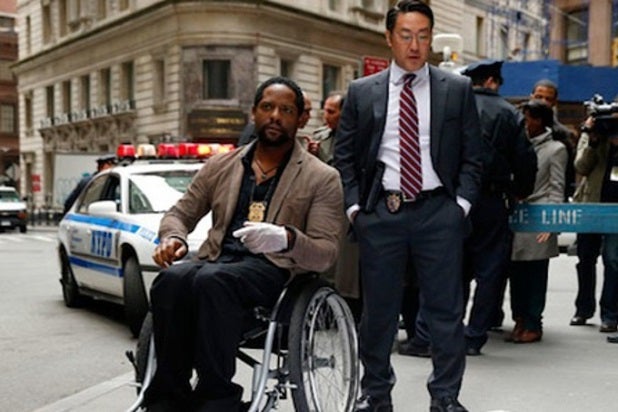 NBC has canceled drama “Ironside” and comedy “Welcome to the Family.”

The network also announced that Dick Wolf’s “Chicago P.D.,” the spin-off of “Chicago Fire,” will premiere on Wednesday, Jan. 8 at 10/9c. Plus, the return date for “Community” with creator Dan Harmon back at the helm will be Thursday, Jan. 2 at 8/7c with back-to-back episodes.

The final episode of “Ironside” will air next Wednesday. NBC will replace the Blair Underwood drama with original episodes of “Dateline” and the “Saturday Night Live” holiday-themed specials and holiday music specials starring Kelly Clarkson and Michael Buble.

On Thursdays, NBC will replace “Welcome to the Family” with back-to-back new episodes of “Parks and Recreation,” specials such as “SNL Halloween,” a previously-announced edition of “The Voice” and “The Sound of Music Live!” broadcast starring Carrie Underwood. In December, “The Sing-Off” (with “The Voice’s” Mark Burnett now producing) moves into the time period for two weeks.

See below for the Wednesday at 10/9c timeslot offerings: