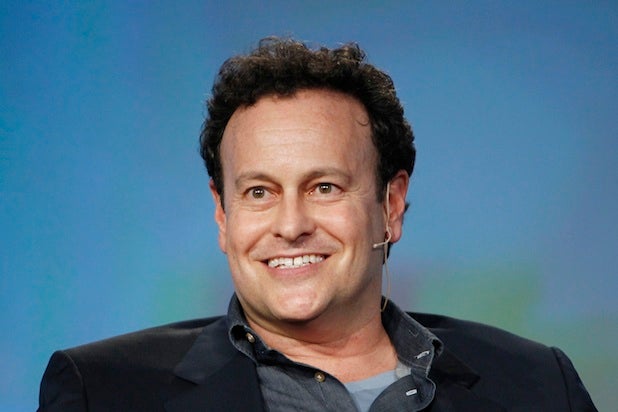 And there’s even more happening at Greendale: Adult Swim’s “Tim and Eric Awesome Show, Great Job!” creators and stars Tim Heidecker and Eric Wareheim (below right) also will do stints on the show, TheWrap has also learned.

Hurwitz will play Preston Koogler, Greendale’s ultimate party animal. Women want him, and guys want to be him. But, woe to the administrator who tries to stand between Koogler and good times.

Meanwhile, Heidecker and Eric Wareheim will play Roger and Billy, respectively, who are involved in one of Dean Pelton’s (Jim Rash) grand plans for Greendale.

Also, “Breaking Bad’s” Jonathan Banks will recur for 11 episodes as a professor. And “Daily Show’s” John Oliver will reprise his role as Professor Ian Duncan for six episodes.

Season 5 marks the return of fired showrunner Dan Harmon and returning writer-executive producer Chris McKenna. Chevy Chase, however, won’t be back in the role of Pierce, and Donald Glover, who plays Troy, will leave the series after the fifth episode.

After a long wait, “Community” was finally given a return date two weeks ago as NBC canceled comedy “Welcome to the Family” and drama-reboot “Ironside.”

“Community” will premiere with two back-to-back episodes on Thursday, Jan. 2 at 8/7c.