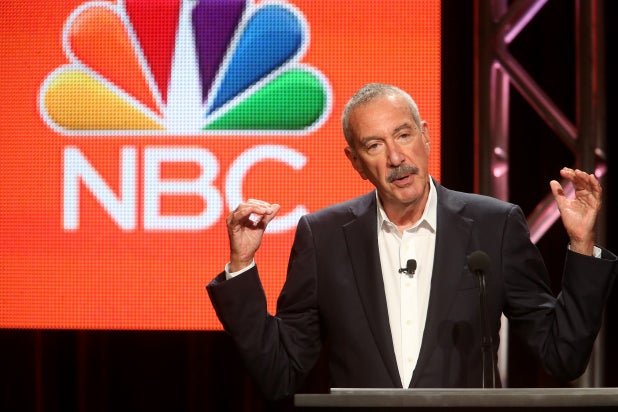 NBC announced that it had won the 52-week season for the first time in a decade on Tuesday. Simultaneously, the network said that it is doing away with the more traditional fall season and shifting to a full-year focus.

The announcement was new, but the strategy has been in-house for a while. “We’ve been thinking about doing this for some time,” Alan Wurtzel, president of research and media development, NBC Universal told TheWrap. “It just got to the point where everybody kind of said, ‘You know what? There just seems to be no reason not to do it and every reason to do it.'”

Also read: The 7-Day Solution: How Networks Are Moving On From ‘Irrelevant’ Overnight Ratings

Wurtzel said when he thought of the idea years ago, NBC’s summer programming isn’t as strong as it is now. Therefore, the shift is more of a big picture course-correction maneuver, he insisted.

“It reflects the way the business has developed both in terms of the business: The advertisers buy on a 52-week basis, and the way consumers consume,” Wurtzel noted. “It’s actually long overdue. The idea that you hit June and everybody sort of closes up and shows up again in September is just so anachronistic.

“The original quote ‘season’ is really a Nielsen artifact,” he continued. “It took on a life of its own. Nobody stopped and said, ‘What are we doing here?'”

Why has it taken so long to adapt to what Wurtzel believes is a more modern approach to programming? As he puts it, “The industry finds it very hard to change.”

That must be true, based on the history lesson he offered up, explaining the reason for the what he calls the “legacy” — and what we call the “fall” — season.

“It all started in the ’50s when … U.S. car manufacturers came out every year with all of these new models and they wanted to do a lot of big advertising buys,” Wurtzel said. “It was something that made sense 60 years ago and we never thought to change it.”

Until now, that is.

All of that said, Wurtzel clarified that NBC will still rely on the third week in September each year for the big premieres — with some coming exceptions. In the past, NBC wouldn’t launch series early or run it late out of a fear of “wasting” episodes outside of the “season.” But that won’t be the network’s attitude going forward.

As for the competing networks, the clock is ticking. Wurtzel joked that CBS, Fox, ABC and The CW have eight months to decide how they want to handle NBC’s shift.