Roberts, who is chairman of the board, president and chief executive officer of the NBCU parent company, earned $36.4 million last year. 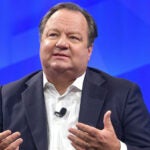 It should be noted that Shell and Roberts both donated 100% of their respective salaries to COVID-19 relief charities from April to September last year. So over the course of six months, $1.25 million of Shell’s 2020 salary was donated and $1.7 million of Roberts’.

“We hope in some small way we can make this time easier on our employees, our local communities and our customers,” Roberts said in an email sent to staff last April when the announcement was made, which came shortly after Shell had tested positive for COVID-19.

At that time, Comcast also committed $500 million to continue paying and providing benefits for its employees where operations had been impacted by COVID-19 shutdowns. 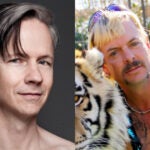 A month after the Comcast and NBCU revealed their salary donation plans last year, Shell’s NBCUniversal joined the ranks of media companies that instituted pay cuts for its highest-salaried employees amid the pandemic, implementing a 20% pay cut for top management. The company also rolled back raises for those making more than $100,000.

The top leadership team, which reports directly to Shell, unanimously agreed to the pay reductions, an individual with knowledge of the decision told TheWrap. Like all other media companies, NBCUniversal used the cuts as a way to weather the economic impact from the coronavirus pandemic, which benched its film division’s box office prospects and shuttered its theme parks. The raises were around 3% and were received in March 2020. 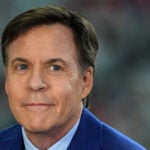 Also Read:
Bob Costas Returns to HBO With Interview Series ‘Back on the Record’

Shell’s stock awards were $3.7 million, while his option awards round up to $3.8 million.

Roberts’ non-equity incentive plan compensation tallied $7.7 million in 2020, which was down from about $10 million in 2019.

They each added a few hundred-thousand bucks under other compensation categories.