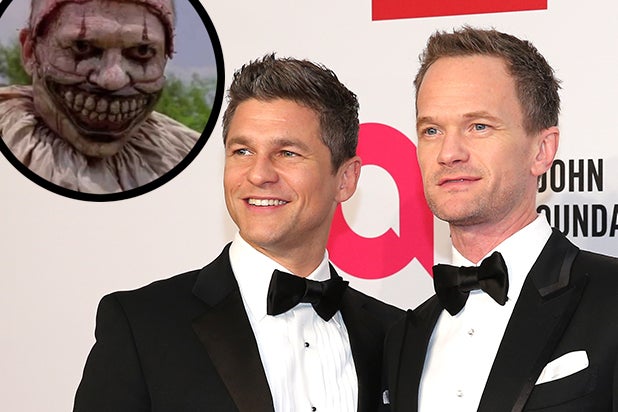 Neil Patrick Harris and David Burtka are officially part of the freak show.

The star of CBS’s “How I Met Your Mother” and his husband were both cast on Ryan Murphy‘s hit FX series”American Horror Story: Freak Show” on Wednesday, a network spokeswoman told TheWrap.

Harris, who was recently tapped to host the 2015 Oscars, will play a chameleon salesman on the anthology series’ final two episodes of the season. The actor had previously expressed an interest to join the show in July. “Of course you can be on ‘Freak Show,'” series creator Murphy responded on Twitter. “I have a role I think you’d love.”

Prior to “AHS,” the two worked together on a 2009 episode of “Glee,” which wound up netting Harris an Emmy for Outstanding Guest Actor. In addition to starring as incessant woman-chaser Barney Stinson on over 200 episodes of “HIMYM” and hosting the Tony Awards four times, Harris also recently starred alongside Rosamund Pike in “Gone Girl,” and starred on-stage in “Hedwig and the Angry Inch.”

Burtka — who appeared alongside Harris on a handful of “HIMYM” episodes — won’t appear until “Freak Show’s” final episode. His character will have a romantic storyline with the show’s Emmy winning mainstay Jessica Lange.

“American Horror Story” shifts focus each year, with the current season centering around a freak show in 1950s Central Florida. In addition to returning castmembers such as Lange, Kathy Bates, and Sarah Paulson, the show expanded this season to include “The Shield” alum Michael Chiklis, “All My Children” vet Finn Wittrock and legendary singer Patti LaBelle.

As TheWrap previously reported, “Freak Show” debuted to outstanding ratings and was immediately renewed for a fifth season.