Neon has landed the rights to release “Moonage Daydream,” a new feature film, concert documentary and “experiential cinematic odyssey” that follows David Bowie’s life and musical career and is the first sanctioned by Bowie’s estate.

Brett Morgen is directing the film that is near completion and will feature Bowie’s own narration. Neon will release “Moonage Daydream” domestically, while Universal Pictures Content Group will release the film internationally, and HBO Documentary Films has North American rights for streaming and cable in spring 2023. 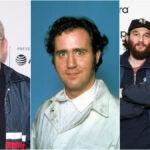 “Moonage Daydream” illuminates the life and genius of David Bowie with a project that shows how Bowie himself worked across several disciplines, not just music and film but also dance, painting, sculpture, video and audio collage, screenwriting, acting, and live theatre. The film reveals the celebrated icon through his own voice and features 48 musical tracks, mixed from their original stems.

Morgen was granted access to Bowie’s archives by his estate in 2017 and presented him with master recordings as well as never-before-seen 35mm and 16mm reels of never-before-seen performances, all of which will appear on screen for the first time. In addition, all music in the film has been remixed from the original stems into Dolby Atmos, 12.0, 5.0, and 7.1/5.1. 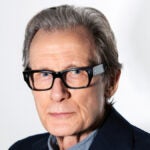 Also Read:
Bill Nighy Joins Showtime’s ‘The Man Who Fell to Earth’ in Role Made Famous by David Bowie

The title “Moonage Daydream” references David Bowie’s eponymous song from the influential 1972 album “The Rise and Fall of Ziggy Stardust and the Spiders from Mars,” which introduced the world to his iconic, gender-bending, and groundbreaking stage persona, Ziggy Stardust.