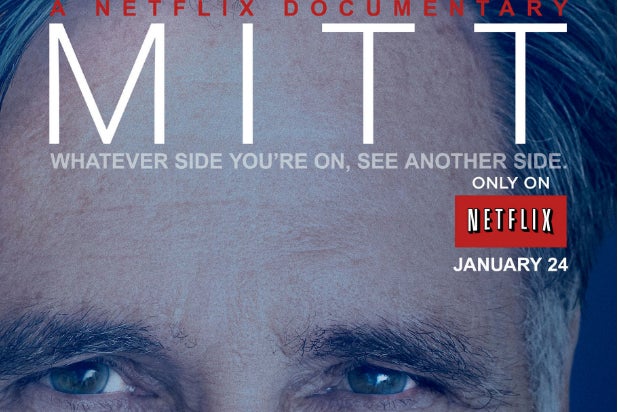 The documentary will premiere at the 2014 Sundance Film Festival on January 17 and be available for streaming on Netflix in all territories January 24.

“Mitt” adds to the streaming company’s growing slate of original and exclusive documentaries. Netflix announced in November that it had obtained rights to “The Square,” a controversial documentary focusing on the events in Cairo’s Tahrir Square during the Egyptian uprising and Arab Spring.

Whiteley, who had previously directed “New York Doll” and “Resolved,” was given intimate access into the Romney campaign and lives of the family members beginning at Christmas 2006 and spanning through the former governor’s unsuccessful run for the 2008 Republican presidential nomination and losing bid in the 2012 general election.

“Greg Whiteley’s Mitt provides viewers a surprising level of access into a fascinating world,” Netflix vice president of original documentary and comedy Lisa Nishimura said in a statement. “This rare inside look at Mitt Romney and his family as he runs for president showcases a unique kind of storytelling, one which takes the viewer well beyond the politics.”