Netflix has canceled four of its original comedy series but will proceed to develop other projects with three of the shows’ stars and creators.

A spokesperson for the streaming giant confirmed Friday that “Mr. Iglesias,” “The Crew,” “Country Comfort” and “Bonding” will not be returning.

Kevin James vehicle “The Crew,” and “Country Comfort,” starring Katherine McPhee and Eddie Cibrian, are both ending after one season. “Bonding,” created and directed by Rightor Doyle, is concluding after two seasons and  “Mr. Iglesias,” toplined by Gabriel Iglesias will end with part three.

However, just because Netflix is discontinuing these series, it doesn’t mean they’re parting ways with the talent involved.

The streamer says they’ve closed a development deal with James to develop a single cam comedy series for him to produce and star in. They will also continue business with Iglesias, with the third in a series of stand-up specials slated to shoot this summer. A new development deal with Doyle has been confirmed as well.

So, Netflix is not skimping on the comedy content. If anything, it’s making room for more. The streaming service recently ordered a one-hour comedy variety special produced by and starring Will Smith as well as a series set in the LA Lakers’ front office from Mindy Kaling, Elaine Ko and Jeanie Buss. They also announced that “The Upshaws” has been renewed for a second season. 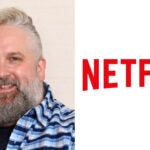