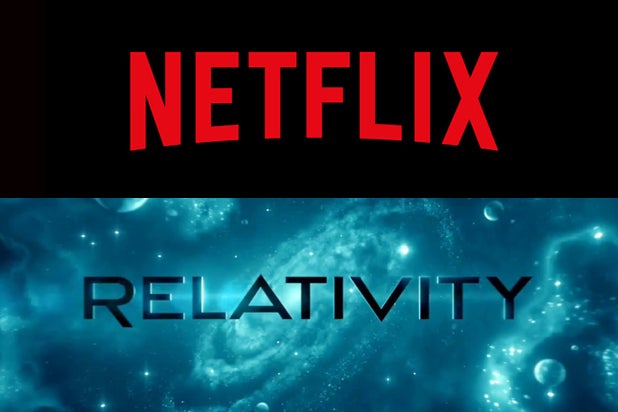 Netflix is looking to strike down a $1.5 billion lawsuit from Relativity Media claiming breach of contract and libel, saying the embattled production company only wants to blame the streaming giant for its failure.

The lawsuit from Relativity, on which TheWrap reported exclusively in October, said Netflix acted in “bad faith” over an output deal that paid millions to Ryan Kavanaugh’s company annually — and during the latter’s bankruptcy, Netflix maliciously slandered the studio in the press and the industry while trying to free itself from the pact.

Relativity’s March emergence from bankruptcy “did not fix [its] underlying financial problems, nor magically make its movies any more successful. In September, Relativity released its first two films since emerging from bankruptcy; both bombed at the box office,” a filing obtained by TheWrap reads.

“Hence, this lawsuit — a desperate and futile effort by Relativity to avoid responsibility for its own failures,” the counterclaim continued.

Netflix is seeking a dismissal of the suit under California’s anti-SLAPP law, saying its contentious relationship with Relativity was disclosed under the protection of the bankruptcy process, and that any libel charge is an attack on the company’s free speech.

“Relativity cursorily pleads three causes of action in its complaint against Netflix: breach of contract, breach of the implied covenant of good faith and fair dealing, and trade libel. All of the purported Trade Libel statements alleged by Relativity come straight from the prior litigation in New York,” the papers read, referring to the bankruptcy drama that played out in New York.

“They are direct (or near verbatim) quotes from either Netflix’s objection in the Chapter 11 proceeding, or Netflix’s stated position in the contract interpretation dispute,” the filing added.

The initial output deal was formed in 2010, when “Relativity was the third largest mini-major studio in the world, having been involved in the production of over 100 major feature films. Netflix, by contrast, was a virtual non-entity,” the original breach-of-contract lawsuit reads.

The licensing agreement gave Relativity Media fees based on the box office performance of any given film — with a guaranteed cash minimum of $3.7 million that could escalate to nearly $20 million per movie based on theatrical revenue.

Three years into the deal, Netflix attempted to renegotiate the fee rate to terms more favorable to the streaming service, the suit said. Relativity would not budge, except for a small amendment to the required number of screens on which films had to play prior to being made available to Netflix users. At that point, Kavanaugh’s company was using projected Netflix earnings as collateral for production and operating costs.

The deal between the two companies expires in 2018. Despite the ongoing battle between Netflix and Relativity, Kavanaugh’s baby has managed to attract a buyer — Singapore-based web group YuuZoo, which will earn a majority holding in the company within the next three months.

Forthcoming Relativity titles include Halle Berry’s “Kidnap.” The studio is also slated to begin production in January on a reboot of the cult classic “The Crow.”