A new David Fincher announcement is coming from Netflix on Wednesday, and fans are abuzz with speculation. “Something special is coming from David Fincher tomorrow,” the Netflix Film Twitter account tweeted, complete with eyeball emjoi. Almost immediately, fans jumped to the conclusion that a “Mindhunter” movie or news on a third season of Fincher’s crime series is imminent, but the answer is likely something different.

Earlier this year, “The Empty Man” filmmaker David Prior revealed that he was working on a “film appreciation” docuseries with Fincher, having previously collaborated with the filmmaker on excellent feature-length making-of docs for films like “Panic Room” and “The Social Network.” Further news about this project has yet to be unveiled, but it’s possible that changes Wednesday.

As for “Mindhunter,” after wrapping up the second season of the serial killer show, reports surfaced that Fincher was ready to get back to making movies and wanted to take a break from the Netflix series. Subsequently, cast members Jonathan Groff, Holt McCallany and Anna Torv were released from their contracts, with Netflix effectively putting the show on “indefinite hiatus.” Fincher immediately moved into making his passion project “Mank” for the streamer and signed a deal to make further feature films for Netflix for the next few years. 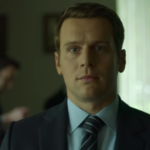 That includes his next project, the assassin thriller “The Killer” which will star Michael Fassbender and is due to shoot overseas at some point next year. Since production on that one hasn’t yet begun, we can probably rule out a teaser as a candidate for Wednesday’s announcement.

The good news is there’s not long yet to wait. So keep your eyes peeled, Fincher fans.