Netflix has promoted executives Kira Goldberg and Ori Marmur to lead a new film team that will be focused on developing more big-budget, commercial films.

Goldberg and Marmur had previously reported to Tendo Nagenda, but now their team will continue to work closely and in parallel with his, with Nagenda continuing to lead a separate team that’s still focused on four-quadrant movies.

Goldberg and Marmur’s titles will remain VP of Studio Film, but their roles and responsibilities have increased, all with the eye of more growth in Netflix’s film slate. As a result, they’ll be tasked with hiring more people and more film executives. 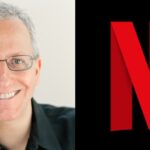 Moving forward, Nagenda’s group is overseeing production and release of upcoming Netflix films such as “The Harder They Fall,” “The Gray Man” and “Knives Out 2,” while Goldberg and Marmur are overseeing “Don’t Look Up,” “Tick, Tick…Boom!,” “Red Notice,” “The Adam Project” and more. However, there’s no primary difference between their two divisions or how each team’s slates are determined, and every title released by Netflix will still all be branded the same way as opposed to coming from different divisions or studio sub-brands.

Other key film players are also staying put, despite the new organization of the film team. Lisa Nishimura continues to head up Netflix’s documentary and indie films, David Kosse leads the international film team and Melissa Cobb continues to oversee the animation team.

Collectively, Netflix’s film teams are releasing as many as 70 films this year, whereas most traditional Hollywood studios hover between 12-20. 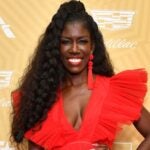 “Kira Goldberg and Ori Marmur have been phenomenal creative executives with strong, commercial taste in material, And with Ori’s background as a producer and Kira’s studio executive experience, they make a great team with the right mix of skills to lead this new venture, while working alongside Tendo Nagenda, Lisa Nishimura, David Kosse and Melissa Cobb,” Scott Stuber, head of global films for Netflix, said in a statement.

Prior to joining Netflix, Goldberg was most recently at Fox serving as an EVP of Production, where she was responsible for guiding such films as “Bohemian Rhapsody,” “The Greatest Showman,” Spielberg’s upcoming “West Side Story” remake and more. Prior to that Goldberg served as VP of production for Dreamworks from December 2006 to 2012. She joined after serving as VP at Double Feature Films and Mark Johnson Productions.

Marmur prior to joining Netflix was a producer for Neal Moritz’s Original Film. His focus was on film and television and he has experience managing every step of development, packaging, production, distribution, and exhibition.