Netflix is on Tuesday laying off approximately 150 employees, most of them based in the U.S., from its workforce of roughly 11,000.

The layoffs include those on the content side as well as others in the executive ranks and is impacting approximately 2% of the workforce.

“As we explained on earnings, our slowing revenue growth means we are also having to slow our cost growth as a company. So sadly, we are letting around 150 employees go today, mostly US-based,” a Netflix spokesperson said in a statement to TheWrap. “These changes are primarily driven by business needs rather than individual performance, which makes them especially tough as none of us want to say goodbye to such great colleagues. We’re working hard to support them through this very difficult transition”. 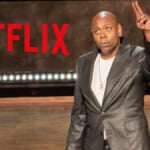 Netflix in its Q1 earnings report earlier this year reported its first-ever loss of subscribers, dropping by 200,000, and even projected losing an additional 2 million subscribers, which sent the streamer’s stock plummeting. As a result, Netflix brass hinted at a crackdown on password sharing as well as the introduction of an ad-supported, cheaper pricing tier, which could now arrive on Netflix by the end of this year.

Netflix had previously also trimmed a handful of employees from its marketing and Tudum fan site division late last month.